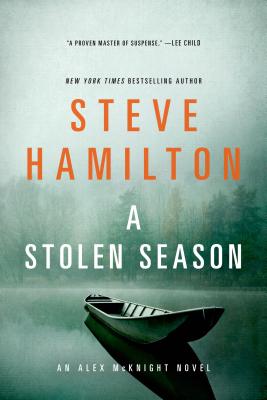 Edgar Award–winner Steve Hamilton takes his acclaimed series to new heights in A Stolen Season. If you thought you knew Alex McKnight and how far he'll go for the people he cares about . . . think again.

On a freezing night in Michigan's Upper Peninsula, a night that wouldn't feel so unusual if it weren't the Fourth of July, a boat plows full speed into a line of old railroad pilings in the shallow water of Waishkey Bay. After Alex helps rescue the passengers, he figures he'll never see them again. He couldn't be more wrong. The men he saved are connected to a deadly drug-smuggling syndicate and it's up to Alex to do damage control—and protect the woman he loves—before the cycle of violence comes around full circle.

“One of those mysteries that lulls readers into a sense of security, but nothing is certain here.” —Washington Post Book World