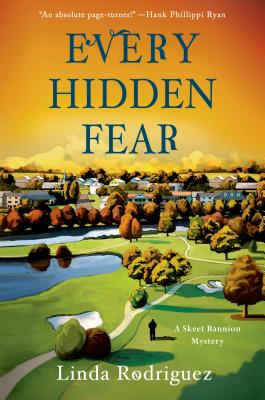 Skeet's Cherokee grandmother has come to live with her and her teenage ward Brian, and Skeet is still trying to adjust to the change while also keeping the peace on the local college campus. Then Ash Mowbray, a bad boy from the wrong side of the tracks, comes back to Brewster as a wealthy developer, pushing plans to build a shopping mall on the outskirts of town that will destroy the town square businesses. The town council is split on his proposal, and emotions are running high.

Mowbray makes things worse by announcing that he is the real father of the high school athlete Noah Steen, having left Noah's mother, Chelsea, pregnant as a teenager when he fled town after high school. Chelsea and her husband Norman are horrified that Mowbray has publicized that Norman is not Noah's father and afraid that he will steal their beloved son from them. Noah is shocked to learn the truth of his parentage and furious with Mowbray. It's not long before Mowbray turns up murdered with Noah as the prime suspect. Brian and Noah's girlfriend Angie turn to Skeet to find the murderer and save their friend.

Linda Rodriguez's "Every Hidden Fear" is a thrilling and emotionally-resonant mystery, told by a masterful writer in full command of her craft.


Praise For Every Hidden Fear…

“I love Skeet Bannion! The talented Linda Rodriguez's new cop in town is tough, smart and wonderfully vulnerable. This suspenseful and sensitive tale of small town secrets is captivating from page one. An absolute page-turner!”—Hank Phillippi Ryan, Agatha award-winning author of The Wrong Girl

LINDA RODRIGUEZ is a winner of the Malice Domestic Best First Traditional Mystery Novel Competition. As a poet, she has won the Thorpe Menn Award and the Midwest Voices and Visions Award. Rodriguez is President of the Border Crimes chapter of Sisters in Crime. She is the author of Every Broken Trust and Every Last Secret. Her novels have been selected for the Las Comadres Bookclub, a national Latina bookclub. She lives with her husband in Kansas City, Missouri.
Loading...
or
Not Currently Available for Direct Purchase