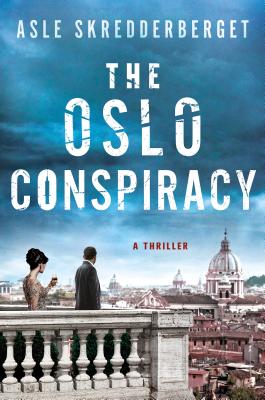 A new twist in thrillers, The Oslo Conspiracy is certain to captivate readers who like their heroes rich, handsome, caring, and very, very sexy.

In The Oslo Conspiracy, a scientist is found dead in a hotel room in Rome. Before she is strangled, she manages to scribble a few words on a piece of paper.

Milo Cavalli is sent to help out with the investigation in Italy, since he is familiar with Italian red tape. Milo finds the note from the scientist, and he also learns that earlier her kid brother had been killed in a schoolyard.

Milo becomes obsessed with finding out if there is a link between the two murders—the sister strangled in Italy and the brother shot in Norway. And he is willing to use his vast fortune and special connections—especially when those connections involve beautiful


Praise For The Oslo Conspiracy: A Thriller…

"Skedderberget's characters are spot-on and hopefully some of the minor characters will reappear in future books. An interesting start to another Scandinavian series."--Mystery Scene

"From its chilling opening scenes through to its truly affecting conclusion, The Oslo Conspiracy is a true joy to read." --Russel D. McLean, author of the J McNee series

"With its smartly constructed murder plot, full of action as well as family mysteries, and set against the backdrop of the shady dealings of big corporations, The Oslo Conspiracy is a page-turning and thoroughly enjoyable read. Milo Cavalli is an original new hero, a warm-hearted Nordic Noir James Bond with a touch of Italian elegance." --Joakim Zander, author of The Swimmer

ASLE SKREDDERBERGET holds a Masters degree in Business and Finance from the Norwegian School of Economics in Bergen and the prestigious Universitá Bocconi in Milan. For several years he held a position as Vice President Corporate Communications in one of the world´s leading chemical companies, working on projects in Europe, the US, Asia, Latin-America, and Africa. He lives in Oslo, with his wife and two kids.

PAUL NORLEN translates fiction from Danish, Norwegian and Swedish. In 2004 he was awarded the American-Scandinavian Foundation Translation Prize. He lives with his family in Seattle, Washington.
Loading...
or
Not Currently Available for Direct Purchase