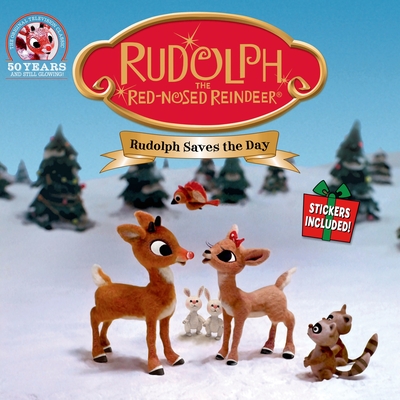 Welcome to Christmastown. When a storm hits just before Christmas, Santa is afraid he won't be able to deliver presents in time. Will Rudolph and his glowing nose save the day?

Based on the original television classic, this is an easy-to-read version of a familiar story. Perfect for new Rudolph fans, with stickers included!

“Rudolph is actually doing better as it ages.” —The New York Times

“Still retains its charm and all-ages appeal decades after its original broadcasts.” —MovieReport.com

“Rudolph glows ('like a light bulb!') for CBS.” —Entertainment Weekly

The anonymous author was a young woman at the time of the fall of Berlin. She was a journalist and editor during and after the war.
Loading...
or support indie stores by buying on