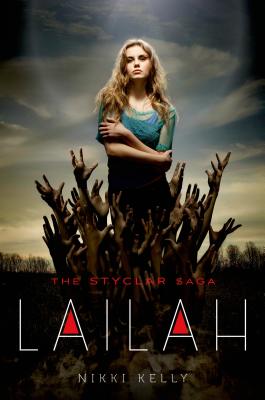 The girl knows she's different. She doesn't age. She has no family. She has visions of a past life, but no clear clues as to what she is, or where she comes from. But there is a face in her dreams – a light that breaks through the darkness. She knows his name is Gabriel.

On her way home from work, the girl encounters an injured stranger whose name is Jonah. Soon, she will understand that Jonah belongs to a generation of Vampires that serve darker forces. Jonah and the few like him are fighting with help from an unlikely ally, a rogue Angel named Gabriel.

In the crossfire between good and evil, love and hate, and life and death, the girl learns her name: Lailah. But when the lines between black and white begin to blur, where in the spectrum will she find her place? And with whom?

Gabriel and Jonah both want to protect her. But Lailah will have to fight her own battle to find out who she truly is.


Praise For Lailah (The Styclar Saga #1)…

“Just when we thought the vampire fad was overplayed and finally vanquished, Kelly slams readers with an exciting new world . . . Vivid and cleverly crafted, this novel will appeal to fans of Julie Kagawa's The Immortal Rules and Courtney Allison Moulton's "Angelfire" series, who will celebrate this new heroine of extraordinary strength.” —School Library Journal

Nikki Kelly is the author of Lailah, Book One of the Styclar Saga. Lailah was first launched in serial form on Wattpad, an online readers' and writers' community. Within six months, the novel had over one million reads. Nikki lives in London with her husband and their daughter.
Loading...
or
Not Currently Available for Direct Purchase