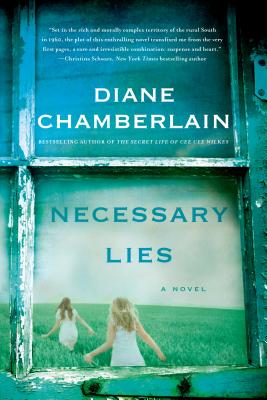 It is 1960 in North Carolina and the lives of Ivy Hart and Jane Forrester couldn't be more different. Fifteen-year-old Ivy lives with her family as tenants on a small tobacco farm, but when her parents die, Ivy is left to care for her grandmother, older sister, and nephew. As she struggles with her grandmother's aging, her sister's mental illness, and her own epilepsy, she realizes they might need more than she can give.
When Jane Forrester takes a position as Grace County's newest social worker, she is given the task of recommending which of her clients should be sterilized without their knowledge or consent. The state's rationalization is that if her clients are poor, or ill, or deemed in some way "unfit" they should not be allowed to have children. But soon Jane becomes emotionally invested in her clients' lives, causing tension with her new husband and her supervisors. No one understands why Jane would want to become a caseworker for the Department of Public Health when she could be a housewife and Junior League member. As Jane is drawn in by the Hart women, she begins to discover the secrets of the small farm—secrets much darker than she would have guessed. Soon, she must decide whether to take drastic action to help them, or risk losing a life-changing battle.

Necessary Lies is the story of these two young women, seemingly worlds apart, but both haunted by tragedy. Jane and Ivy are thrown together and must ask themselves: How can you know what you believe is right, when everyone is telling you it's wrong?

DIANE CHAMBERLAIN is the bestselling author of more than twenty novels published in over eleven languages. Her books include The First Lie, Her Mother's Shadow, The Good Father, and Kiss River. She lives in North Carolina with her partner, photographer John Pagliuca, and her shelties, Keeper and Cole.
or
Buy Here
Copyright © 2020 American Booksellers Association