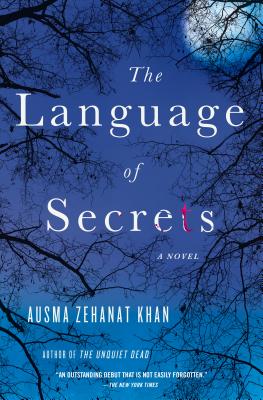 The Language of Secrets

The Unquiet Dead author Ausma Zehanat Khan once again dazzles in The Language of Secrets, a brilliant mystery woven into a profound and intimate story of humanity.

Detective Esa Khattak heads up Canada's Community Policing Section, which handles minority-sensitive cases across all levels of law enforcement. Khattak is still under scrutiny for his last case, so he's surprised when INSET, Canada's national security team, calls him in on another politically sensitive issue. For months, INSET has been investigating a local terrorist cell which is planning an attack on New Year's Day. INSET had an informant, Mohsin Dar, undercover inside the cell. But now, just weeks before the attack, Mohsin has been murdered at the group's training camp deep in the woods.

INSET wants Khattak to give the appearance of investigating Mohsin's death, and then to bury the lead. They can't risk exposing their operation, or Mohsin's role in it. But Khattak used to know Mohsin, and he knows he can't just let this murder slide. So Khattak sends his partner, Detective Rachel Getty, undercover into the unsuspecting mosque which houses the terrorist cell. As Rachel tentatively reaches out into the unfamiliar world of Islam, and begins developing relationships with the people of the mosque and the terrorist cell within it, the potential reasons for Mohsin's murder only seem to multiply, from the political and ideological to the intensely personal.


Praise For The Language of Secrets: A Novel (Rachel Getty and Esa Khattak Novels #2)…

“Exceptionally fine…A heartfelt novel for lovers of crime fiction and anyone interested in the complexities of living as a Muslim in the West today.”—Library Journal (starred review)

“Sophisticated…The characters are well-drawn and pleasingly varied: Khattak is a compelling protagonist, a cerebral, reserved Muslim comfortable with his faith but not ruled by it, and the buoyant, hockey-loving Getty is an endearing foil. The cell members are afforded fully dimensional personalities and varied passions, ideals, and justifications for their actions; everyone has their reasons, Khan understands, and her nuanced exploration of those reasons elevates her second novel above the general run of detective fiction. A smart, measured, immersive dive into a poorly understood, terrifyingly relevant subculture of violent extremism.”—Kirkus Reviews

Praise for The Unquiet Dead:

“Impressive…Throughout Getty and Khattak’s solid and comprehensive investigation, Khan’s talents are evident. This first in what may become a series is a many-faceted gem. It’s a sound police procedural, a somber study of loss and redemption and, most of all, a grim effort to make sure that crimes against humanity are not forgotten.” —The Washington Post

“The Unquiet Dead blazes what one hopes will be a new path guided by the author's keen understanding of the intersection of faith and core Muslim values, complex human nature and evil done by seemingly ordinary people. It is these qualities that make this a debut to remember and one that even those who eschew the genre will devour in one breathtaking sitting.” —The LA Times

“This is Canadian-born Khan’s first novel and what a debut it is!...Khan knows her subject, knows her hometown, and knows how to keep the suspense building. This is a writer to watch.” —The Globe and Mail

AUSMA ZEHANAT KHAN holds a Ph.D. in International Human Rights Law with a specialization in military intervention and war crimes in the Balkans. She has practiced immigration law and taught human rights law at Northwestern University and York University. She is the former Editor in Chief of Muslim Girl magazine, the first magazine targeted to young Muslim women. Khan currently lives in Colorado with her husband. The Unquiet Dead is her first novel.
Loading...
or
Not Currently Available for Direct Purchase