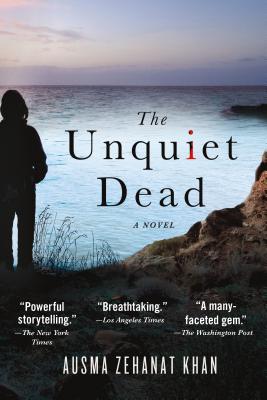 In her spellbinding debut The Unquiet Dead, Ausma Zehanat Khan has written a complex and provocative story of loss, redemption, and the cost of justice that will linger with readers long after turning the final page.

AUSMA ZEHANAT KHAN holds a Ph.D. in international human rights law with a specialization in military intervention and war crimes in the Balkans. She is the author of the award-winning Esa Khattak and Rachel Getty mystery series, which begins with The Unquiet Dead, as well as the critically acclaimed Khorasan Archives fantasy series. Her new crime series featuring Detective Inaya Rahman begins with Blackwater Falls. She is also a contributor to the anthologies Private Investigations, Sword Stone Table, and The Perfect Crime, and the former Editor-in-Chief of Muslim Girl magazine. A British-born Canadian and former adjunct law professor, Khan now lives in Colorado with her husband.
Loading...
or support indie stores by buying on
(This book is on backorder)