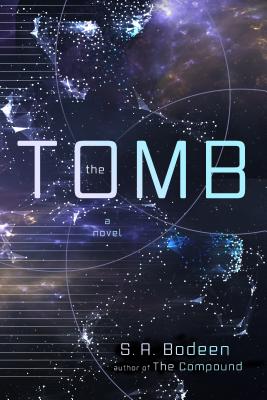 S. A. Bodeen delivers yet another heart-pounding YA thriller in The Tomb, where Kiva and Seth must fight to save what remains of human civilization even as they fight their feelings for each other.

Nothing is as it seems.

These are the first words Kiva's best friend Seth says, after three years of silence.

Kiva thought she was growing up in ancient Alexandria. That's what she and all her classmates had been led to believe by their parents. It turns out she was living in virtual reality, in a sleep chamber in deep space, and three years ago, Seth woke up. Now it's her turn to join him.

Together, Kiva and Seth must take an escape shuttle to search for the engine part their home ship needs to keep running. But it's been a long time since the Krakatoa has communicated with any of the other three ships harboring human civilization. Kiva and Seth are not sure what they'll find if and when they finally make contact.


Praise For The Tomb: A Novel…

Praise for The Tomb:

“Reluctant readers and fans of Jeff Hirsch will come for the Matrix-like premise and stay for the characters' evolving relationship . . . Bodeen's latest is a high-stakes page-turner with a tight plot.” —Booklist

Praise for The Compound:

"A high-wire act of a first novel, a thriller that exerts an ever-tighter grip on readers. . . . The audience will feel the pressure closing in on them as they, like the characters, race through hairpin turns in the plot toward a breathless climax." —Publishers Weekly, starred review

Praise for The Raft:

“…readers who pass this novel around will have lots of fun debating exactly what saves her [Robie] in the end.” — Bulletin of the Center for Children's Books

Praise for The Detour:

"With a tidy plot and a heroine readers will warm up to, this is a solid choice for thriller and mystery fans who aren't quite ready for Stephen King." —School Library Journal