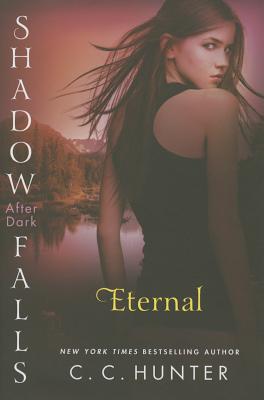 "Spectacular! I love Della's sarcastic and yet deeply sensitive perspective and can't wait to see how things unfold for her."—Fresh Fiction

Just when Della feels like she's starting to figure out her life, she finds herself reborn…and her new existence comes with a whole different rulebook.
Della's secret powers always made her feel like an outsider in the human world. Now, just when she's starting to feel like she belongs—at Shadow Falls, a camp for teens with paranormal powers—her life is turned upside down all over again. Attacked by a deadly virus, she must make the difficult choice to be reborn. It's her only chance at survival, but it comes with a price: It irreparably bonds her to Chase, a tall, dark and mesmerizing vampire who makes her laugh one minute and infuriates her the next.Chase already knows too many of Della's secrets, and being eternally bonded to him is the last thing she wants. Even worse, she doesn't fully understand what their bond means. Is the attraction she's started feeling for Chase real—or does fate have something else in store? And what does that mean for Steve, the hot shapeshifter whose kisses make her weak in the knees? Now Della's battered heart is about to take another hit. While investigating her latest case, she discovers shocking evidence about her father's dark past, making her question everything she believes to be true…and her place in the world she loves.

C.C. Hunter is the author of the young adult fantasy series Shadow Falls, including the books Born at Midnight and Awake at Dawn. She grew up in Alabama, where she caught lightning bugs, ran barefoot, and regularly rescued potential princes, in the form of Alabama bullfrogs, from her brothers. Today, she's still fascinated with lightning bugs, mostly wears shoes, but has turned her focus to rescuing mammals. She now lives in Texas with her four rescued cats, one dog, and a prince of a husband, who for the record, is so not a frog. When she's not writing, she's reading, spending time with her family, or shooting things--with a camera, not a gun. C.C. Hunter is a pseudonym. Her real name is Christie Craig and she also writes humorous romantic suspense romance novels.
Loading...
or
Not Currently Available for Direct Purchase