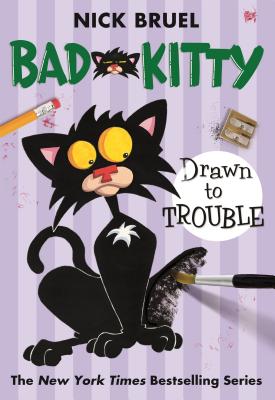 In this seventh installment of the New York Times–bestselling series, Kitty encounters what may be her most formidable foe yet: her creator! Kitty soon learns that feline manipulation works both ways—especially when you're at the wrong end of your author's pencil. Along the way, Nick shows kids how a book is created, despite the frequent interruptions from you-know-who.

“Bruel's sky's-the-limit attitude will encourage boys and girls to use their imaginations and get writing.” —Booklist

“In this seventh installment in the series, readers are introduced to the process of writing and illustrating a book in a fun and humorous way.” —School Library Journal