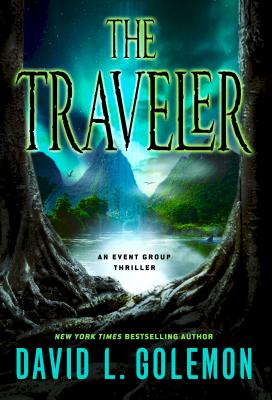 267,000 BCE. The continent was its own world, untouched by the planet-wide catastrophe that ended the reign of the dinosaurs over sixty-five million years before. A traveler arrives in the jungles of this ancient world who will fight to survive carnivorous creatures in a land never meant for human kind.

In another time and in a land far distant, men and women struggle to recover from the loss of so many of their own in a battle. Inside of this Group, Colonel Jack Collins has summoned the best of the best from the most secretive organization in the United States government, The Event Group, to help him in his quest. The new mission is to recover one of their own: to bring home a lost soldier from a world that existed in the distant past.

To accomplish the impossible, Department 5656, the Event Group, will have to travel to a place and time far removed from their own world - almost 300,000 years in the past. The trail to find the technology to accomplish time travel will be rife with treachery and murder as the Group fights to bring home their friend, Captain Carl Everett, a man that was lost in a battle to save the world. This will be a fight that if lost, will change the very history of the planet and thus our present.

David L. Golemon is the author of the Event Group Thrillers, including Event, Ancients, Leviathan and Primeval. Legend, the second book in the series, was nominated for a RITA award for paranormal fiction. Golemon learned an early love of reading from his father, who told him that the written word, unlike other forms, allows readers to use their own minds, the greatest special effects machines of all—an idea Golemon still believes. The only thing he loves more than writing is research, especially historical research, and he sees the subtext of his Event novels as being that understanding history allows us to create a better future. Golemon grew up in Chino, California, and now makes his home in New York.
or
Not Currently Available for Direct Purchase
Copyright © 2020 American Booksellers Association