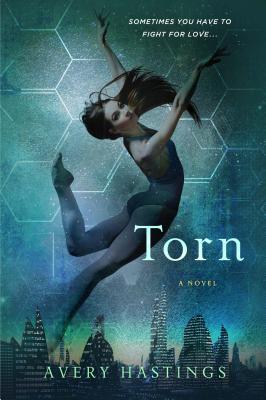 From author Avery Hastings comes Torn, the heart-pounding conclusion to the Feuds Series.

Determined to escape from TOR-N, a corrupt Narxis research center, Davis meets another recovered patient, Mercer, whose sweet smile and quirky sense of humor give her hope in humanity again-and a way out. As they make a perilous journey seeking clues that could lead to a cure, Davis and Mercer's friendship begins to evolve into something more... but she's still struggling to let go of her feelings for Cole, whom she believes is dead.

Meanwhile, Cole has plans to change his identity in order to compete in the Olympiads-where Imps have now been invited to compete against Priors. He begins training with Mari, the intense and rebellious daughter of a retired fighter, but through trials and tests that are both exhausting and exhilarating, he finds himself in over his head-literally.

Will both Davis and Cole have the strength to resist temptation? Will they have the courage to face the answers they seeking? Will their love survive across the divide?

AVERY HASTINGS is an author and former book editor from New York City. She grew up in Ohio, graduated in 2006 from the University of Notre Dame and earned her MFA from the New School in 2008. When she's not reading or writing, Avery can usually be spotted lying around in the park with her affable dog, and like her protagonists in Feuds and Torn, she knows how to throw a powerful right hook and once dreamed of becoming a ballerina. In addition to New York, Avery has recently lived in Mumbai and Paris, but is happy to call Brooklyn home (for now).
Loading...
or
Not Currently Available for Direct Purchase