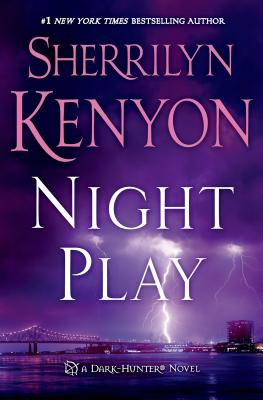 Deadly and tortured, Vane Kattalakis isn't what he seems. Many women lament that their boyfriends are dogs. In Bride McTierney's case, hers is a wolf. A Were-Hunter wolf. Wanted dead by his enemies, Vane isn't looking for a mate. But the Fates have marked Bride as his. Now he has three weeks to either convince Bride that the supernatural is real or he will spend the rest of his life neutered--something no self-respecting werewolf can accept...

But how does a wolf convince a human to trust him with her life when his enemies are out to end his? In the world of the Were-Hunters, it really is dog-eat-dog. And only one alpha male can win, in the special hardcover edition of #1 New York Times bestselling author Sherrilyn Kenyon's Night Play.

“[A] publishing phenomenon…[Sherrilyn Kenyon is] the reigning queen of the wildly successful paranormal scene.. . .Just one example of arguably the most in-demand and prolific authors in America these days.” —Publisher’s Weekly