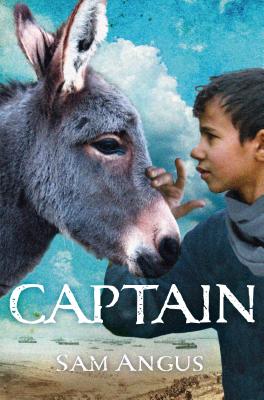 It's 1915 and British troops are about to sail to Gallipoli. Billy is the youngest soldier in his platoon and is teased for not being old enough to drink or shave. The truth is, at fifteen he's not old enough to be a soldier, either, and he's terrified of the war he's about to fight.

"The tight, powerful writing is reminiscent of Michael Morpurgo’s war novels—gritty but not gory. . . this is an important look at war and true friendship that should have a place in most collections."--School Library Journal


". . . the friendship between Billy and Captain affectingly rendered. As with Angus’ previous war narratives, Soldier Dog (2013) and A Horse Called Hero (2014), this book is perfect for fans of Michael Morpurgo, or for those who enjoy animal stories with historical settings."--Booklist

Sam Angus grew up in Spain. She studied literature at Trinity College, Cambridge, and taught A-level English before becoming a ski-wear designer. She lives between London and Exmoor with an improvident quantity of children, horses, and dogs. Soldier Dog is her first novel.
Loading...
or
Not Currently Available for Direct Purchase