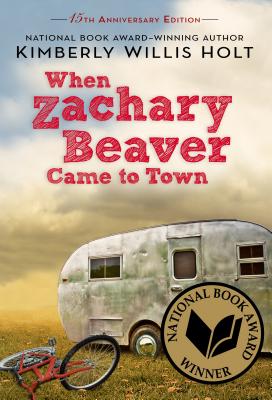 “In her own down-to-earth, people-smart way, Holt offers a gift. . . . It is a lovely--at times even giddy-- date with real life.” —The Horn Book, starred review

“This book packs more emotional power than 90% of the so-called grown-up novels taking up precious space on bookshelves around the country. Kimberly Willis Holt's When Zachary Beaver Came to Town will resonate with readers.” —USA Today

“Holt may not take her readers on wild flights of fantasy, but her quiet novel offers a slice of life that's hard to resist.” —The New York Times Book Review

“As in her first novel, My Louisiana Sky, Holt humanizes the outsider without sentimentality. . . . Holt reveals the freak in all of us, and the power of redemption.” —Booklist, starred review

“Well-developed characters, all fantastic and flawed in their own ways, add plenty of spice.” —Publishers Weekly, starred review

“Holt reinvents the coming-of-age story, breathing life into a quirky cast of characters. . . . The events of the story combined may seem no larger than a pebble underfoot, yet the characters tug at readers, gaining steadily their attention and affection.” —Kirkus Reviews

“Holt deftly fleshes out her characters and expands their worldview beyond the borders of their small town.” —School Library Journal

“This tale of Toby and Cal's growing friendship with Zachary is full of humor as well as sadness as Toby learns to deal with loss. It's beautifully and sensitively related by Holt, who displays a finely tuned sense of place and time. A rich and satisfying read.” —KLIATT