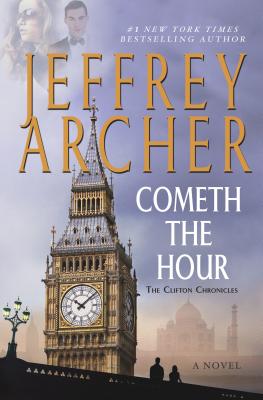 Cometh the Hour opens with the reading of a suicide note, which has devastating consequences for Harry and Emma Clifton, Giles Barrington and Lady Virginia.

Giles must decide if he should withdraw from politics and try to rescue Karin, the woman he loves, from behind the Iron Curtain. But is Karin truly in love with him, or is she a spy?

Cometh the Hour is the penultimate book in the Clifton Chronicles and, like the five previous novels - all of which hit the New York Times bestseller list - showcases Jeffrey Archer's extraordinary storytelling with his trademark twists.

Praise For Cometh the Hour: Book Six Of the Clifton Chronicles…

"Archer continues his storytelling magic to create characters of spellbinding substance, and readers can count on his surprising twists and shocking conclusion. Here, just when the end seems too tidy, Archer provides a killer cliffhanger."—Publishers Weekly on Cometh the Hour