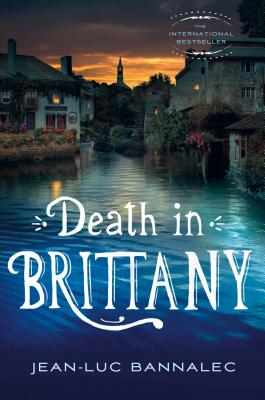 Commissaire Georges Dupin, a Parisian-born caffeine junkie recently relocated from the glamour of Paris to the remote (if picturesque) Breton coast, is not happy when he is dragged from his morning croissant and coffee to the scene of a curious murder. The local village of Pont-Aven-a sleepy community by the sea where everyone knows one other and nothing much seems to happen-is in shock. The legendary ninety-one-year-old hotelier Pierre-Louis Pennec, owner of the Central Hotel, has been found dead.

A picture-perfect seaside village which played host to Gaugin in the 19th century, Pont-Aven is at the height of its tourist season and is immediately thrown into uproar. Dupin and his team identify five principal suspects, including a rising political star, a longtime friend of the victim, and a wealthy art historian. An obstinate detective whose unconventional methods include good food, good wine, and taking in plenty of sea air, Dupin finds his case further complicated when ongoing incidents compound the mystery. As Dupin delves further into the lives of the victim and the suspects, he uncovers a web of secrecy and silence that belies the village's quaint image. A delectable read, Death in Brittany by Jean-Luc Bannalec transports readers to the French coast where you can practically smell the sea air and taste the perfectly cooked steak frites in an expertly crafted, page-turning mystery.


Praise For Death in Brittany: A Mystery (Brittany Mystery Series #1)…

“Jean-Luc Bannalec is the pen name of a German author who has channeled his affection for the westernmost region of France into a charming first mystery. Death in Brittany is a traditional whodunit featuring an eccentric detective full of Parisian scorn for superiors and subordinates alike... before [he] can solve the case, he finds it absolutely necessary to gas up his Citroën and visit as many picturesque villages, with their pretty harbors and quaint stone houses, as he possibly can.” —New York Times Book Review

“Francophiles and art lovers will welcome Bannalec's good old-fashioned detective story set in Brittany... Like Simenon's Maigret, Dupin is a loner, who relies on thorough data and objective analysis to make his deductions. Bannelec excels at plotting and pacing, as well as vivid descriptions of the Finistère countryside. Readers will look forward to seeing more Dupin books from this talented author.” —Publishers Weekly, starred review

“A setting to die for... The star of the mystery, though, is Brittany. Bannalec feeds the reader with intriguing bits of history (for example, Bretons are descended from the Celts, who fled Britain during the Anglo-Saxon invasions) and culture, along with bracing glimpses of centuries-old stone buildings, river banks, and the sea.” —Booklist, starred review

“Dupin's debut, published first in Germany and then in Britain, holds the promise of more pleasant puzzlers from the scenic north of France.” —Kirkus Reviews

JEAN-LUC BANNALEC is a pseudonym. The author divides his time between Germany and coastal Brittany, France. Death in Brittany, the first case for Commissaire Dupin, was published in German in March 2012 and sold 600,000 copies, spending many months on the bestseller list. It has been sold into 14 countries.
Loading...
or
Not Currently Available for Direct Purchase