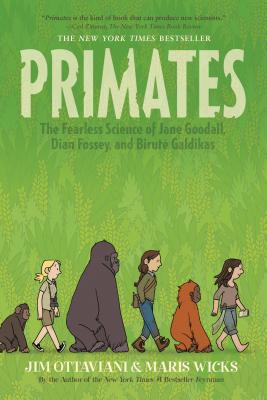 Jim Ottaviani has written fifteen (and counting) graphic novels about scientists. His books include Naturalist (with E.O. Wilson), Astronauts: Women on the Final Frontier, Hawking, The Imitation Game, a biography of Alan Turing, Primates, about Jane Goodall, Dian Fossey, and Biruté Galdikas; and Feynman, about the Nobel-prize winning physicist, artist, and raconteur. His books are New York Times bestsellers, have been translated into a dozen languages, and have received praise from publications ranging from Nature and Physics World to Entertainment Weekly and Variety.