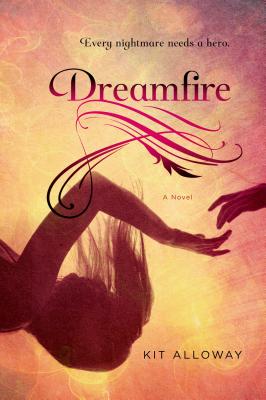 A novel (The Dream Walker Trilogy #1)

Unlike most 17-year-olds, Joshlyn Weaver has a sacred duty. She's the celebrated daughter of the dream walkers, a secret society whose members enter the Dream universe we all share and battle nightmares. If they fail, the emotional turmoil in the Dream could boil over and release nightmares into the World.

Despite Josh's reputation as a dream walking prodigy, she's haunted by her mistakes. A lapse in judgment and the death of someone she loved have shaken her confidence. Now she's been assigned an apprentice, a boy whose steady gaze sees right through her, and she's almost as afraid of getting close to him as she is of getting him killed.

But when strangers with impossible powers begin appearing in the Dream, it isn't just Will that Josh has to protect--it's the whole World.

Experience the dangers of the dream world in Dreamfire, a riveting, young adult debut novel by Kit Alloway.


Praise For Dreamfire: A novel (The Dream Walker Trilogy #1)…

“The nightmare vignettes are rivetingly chilling. A dark and exciting paranormal adventure that will keep patient genre fans up late.” —Kirkus Reviews

“Alloway's writing is rich and vivid, and the dynamics within the close-knit cast of characters make the danger even more delicious as readers watch for the outcome.” —School Library Journal

“Dreamfire is an amazing fantasy novel with realistic characters who will grab readers from the first page, immersing them in a fantastic new universe. Divergent fans will be pleased with the unique concept. The twisty plot never dulls, leaving readers guessing til the end. Alloway is one author to be on the lookout for.” —RT Book Reviews

“Patient readers will be richly rewarded with effective mystery, a charged romance (of course Will and Josh wind up together), and a cool alternative world detailed onto our current one in ways that make expected places and scenes unfamiliar and magical.” —The Bulletin of the Center for Children's Books

KIT ALLOWAY writes primarily for young adults, having always had an affection for teenagers.  In addition to writing, she plays various musical instruments, decorates cakes, mixes essential oils, and studies East European languages.  She lives in Louisville, KY with her family and four very tiny dogs. Dreamfire is her debut novel.
Loading...
or
Not Currently Available for Direct Purchase