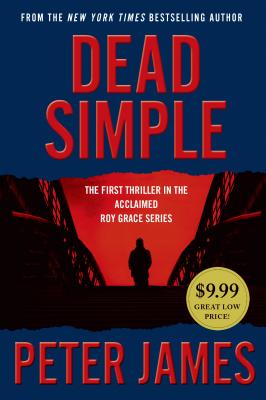 If there is one place Michael Harrison never expected to die, it's in his own grave.

When Michael Harrison's four best friends leave him buried alive on the night of his bachelor party, it seems like the perfect payback for his own bachelor party pranks. But moments later the four are killed in a car crash, and suddenly their harmless joke is no laughing matter. With only three days to the wedding, Detective Superintendent Grace a man haunted by the shadow of his own missing wife is contacted by Michael's beautiful, distraught fiancee, Ashley Harper. Grace discovers that the one man who ought to know Michael Harrison's whereabouts is saying nothing. But then he has a lot to gain more than anyone realizes. For one man's disaster is another man's fortune. Dead Simple, from bestselling author Peter James.

PETER JAMES is the #1 international bestselling author of the Roy Grace series with over 15 million copies sold all over the world. His novels have been translated into thirty-three languages and three have been filmed. All his novels reflect his deep interest in the world of the police, with whom he does in-depth research. He has produced numerous films, including The Merchant Of Venice, starring Al Pacino, Jeremy Irons, and Joseph Fiennes. He lives in England.
Loading...
or
Not Currently Available for Direct Purchase