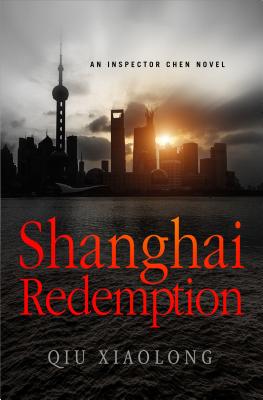 "The system has no place for a cop who puts justice above the interests of the Party. It's a miracle that I survived as long as I did."

For years, Chen Cao managed to balance the interests of the Communist Party and the promises made by his job. He was both a Chief Inspector of Special Investigations of the Shanghai Police Department and the deputy party secretary of the bureau. He was considered a potential rising star in the Party until, after one too many controversial cases that embarrassed powerful elements in the Party, Chen Cao found himself neutralized. Under the guise of a major promotion, a new position with a substantial title but no power, he's stripped of his job duties and isolated. But that's still not enough, as it becomes increasingly clear that someone is attempting to set him up, for public disgrace and possibly worse.

Chen Cao is technically in charge of the corruption case of a "Red Prince"---a powerful, high Party figure who embodies the ruthless ambition, greed, and corruption that is increasingly evident in the new China. This "Red Prince" has the kind of connections and power to deflect any attempts to bring him to justice. Now with no power, few allies, and with his own reputation on the line, the former Inspector Chen is facing the most dangerous investigation of his career, and his life.

Qiu Xiaolong was born in Shanghai and, since 1988, has lived in St. Louis, Missouri. A poet and a translator, he has an MA and a Ph.D. from Washington University. He is the author of several previous novels featuring Inspector Chen, including the award-winning Death of a Red Heroine and A Case of Two Cities.

“Chinese exile Qiu once again movingly and convincingly portrays the plight of an honest cop in a police state.... The suspense is palpable, and Qiu gives readers a chilling vision of life under authoritarian rule.” —Publishers Weekly (starred review)

“Atmospheric and rich in details about life in communist China, Qiu’s incisive portrait of a corrupt system is brilliant.... Highly recommended for anyone interested in contemporary China.” —Library Journal (starred review)

“Character study, murder mystery, insider’s look into the hypocrisy and corruption that riddles contemporary China—this novel delivers on all of these... Watching Chen work at the margins, under great peril, makes for a stressful but very satisfying read. Another superb entry in an always outstanding series” —Booklist (starred review)

“Another complex, methodical police procedural as well as a multifaceted look at a powerful society in flux” —Kirkus Reviews