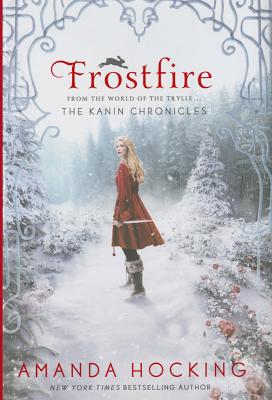 Hidden deep in the heart of a snow-covered wilderness lies the secret kingdom of the Kanin a magical realm as beautiful as it is treacherous Bryn Aven has never fit into Kanin society. Her blond hair and blue eyes set her apart as an outsider a half-blood unable to hold a respectable rank. But she's determined to prove herself as a loyal protector of the kingdom she loves. Her dream is to become a member of the King's elite guard, and she's not going to let anything stand in her way not even her growing feelings for her boss, Ridley Dresden. A relationship between them is strictly forbidden, but Bryn can't fight her attraction to him. And she's beginning to think he feels it too. Meanwhile, there's an attack on the kingdom one that will test Bryn's strength like never before. Finally, she has the chance to confront Konstantin Black, the traitor who tried to kill her father years ago. It's up to Bryn to put a stop to him before he strikes again. But is she willing to risk everything to protect a kingdom that doesn't accept her for who she really is? And when her mission brings her closer to Ridley, will she be able to deny her heart?

AMANDA HOCKING is The New York Times bestselling author of the Trylle and Watersong series and a lifelong Minnesotan. She made headlines by selling more than a million copies of her books, primarily in eBook format.
Loading...
or
Not Currently Available for Direct Purchase