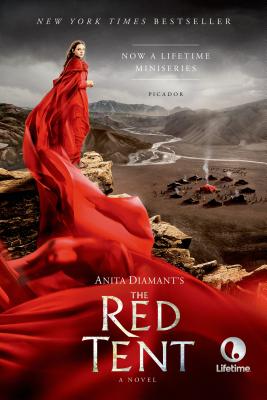 In this modern classic interpretation of the biblical story of Dinah, Anita Diamant imagines the traditions and turmoils of ancient womanhood--the world of The Red Tent, a New York Times bestseller and the basis of the A&E/Lifetime mini-series.

In the Bible, Dinah's life is only hinted at in a brief and violent detour within the more familiar chapters of the Book of Genesis that tell of her father, Jacob, and his twelve sons.

The Red Tent begins with the story of the mothers--Leah, Rachel, Zilpah, and Bilhah--the four wives of Jacob. They love Dinah and give her gifts that sustain her through childhood, a calling to midwifery, and a new home in a foreign land. Dinah's story reaches out from a remarkable period of early history and creates an intimate connection with the past.

“The wives of Jacob gather in the red tent, and in that image Anita Diamant has found the heart of a pulsing and moving novel. The tent is red because of the falling sun, and because of the flowing blood. The tent is, as the narrator says, 'an earthbound rainbow,' which is also true of this novel. Dinah, famously a daughter and a sister, finally tells her own story-and the story of that unknown legion, God's women. When the light is refracted through their experience-and through the lens of Anita Diamant's moral imagination-the colors couldn't be more vivid, and the oldest story of all could never seem more original, or more true.” —James Carroll, author of An American Requiem

Anita Diamant is the author of The Red Tent, a word-of-mouth bestseller and the Booksense Best Fiction selection. She is also the author of the novels Good Harbor, The Last Days of Dogtown and Day After Night, a collection of essays, Pitching My Tent, as well as six books about contemporary Jewish life, including The New Jewish Wedding and Choosing a Jewish Life: A Guidebook for People Converting to Judaism. Diamant grew up in Newark, New Jersey, and Denver, Colorado. She has a bachelor’s degree from Washington University in St. Louis and a master’s in English from the State University of New York at Binghamton. She lives in Massachusetts with her husband.