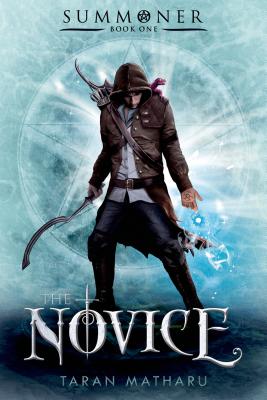 He can summon demons. But can he win a war?
Fletcher is working as a blacksmith's apprentice when he discovers he has the rare ability to summon demons from another world. Chased from his village for a crime he did not commit, Fletcher must travel with his demon, Ignatius, to an academy for adepts, where the gifted are taught the art of summoning.
Along with nobles and commoners, Fletcher endures grueling lessons that will prepare him to serve as a Battlemage in the Empire's war against the savage Orcs. But sinister forces infect new friendships and rivalries grow. With no one but Ignatius by his side, Fletcher must decide where his loyalties lie. The fate of the Empire is in his hands.

“Fletcher is an orphan who lives in the small village of Pelt, not far from the elfen border and the farthest outpost in an on-going war against the orcs. Despite being a skilled hunter and apprentice blacksmith, Fletcher has little status in the village. A chance encounter leads to Fletcher discovering that he can summon demons. This rare skill is found primarily among the nobles of the kingdom and is essential on the battlefront. When his new demon protects him against the village bullies, Fletcher flees for his life and becomes a student at the school for battlemages. . . . [This] plot-focused fantasy adventure will be a satisfying read for a wide age range of readers, especially fans of role-playing games and Christopher Paolini.” —VOYA

Taran Matharu is the author of the Contender trilogy and the New York Times–bestselling Summoner series: The Novice (Book One), The Inquisition (Book Two), The Battlemage (Book Three), The Outcast (the prequel), and The Summoner's Handbook; the series has been compared to the Harry Potter and Lord of the Rings series. Taran Matharu lives in London.
Loading...
or
Not Currently Available for Direct Purchase