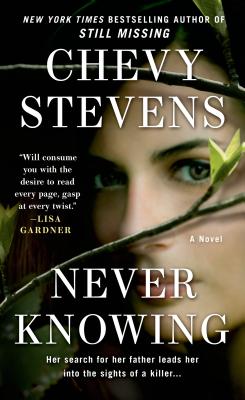 FROM THE BESTSELLING AUTHOR OF STILL MISSING COMES A PSYCHOLOGICAL THRILLER ABOUT ONE WOMAN'S SEARCH INTO THE PAST...AND THE DEADLY TRUTH SHE UNCOVERS.

All her life, Sara Gallagher has wondered about her birth parents. As an adopted child with two sisters who were born naturally to her parents, Sara never had an ideal home life. The question of why she was given up for adoption has always haunted her. Finally, she is ready to take steps and to find closure.

But some questions are better left unanswered.
When Sara manages to locate her birth mother, she is met with horror and rejection. It's not long before Sara discovers the devastating truth: Her mother was the only victim to escape a killer who has been hunting women every summer. For decades. And he shows no signs of stopping anytime soon.

"Stevens's unnerving thriller about a woman's search for her birth parents matches the intensity of her impressive debut, Still Missing."-Publishers Weekly


Praise For Never Knowing: A Novel…

“Block off the weekend, grab a comfy seat, and prepare for the rocket ride of your life! Never Knowing will consume you with the desire to read every page, gasp at every twist, and know every last secret between one woman and her serial killer father.” —Lisa Gardner, #1 New York Times bestselling author

“A terrifying, chilling scenario that unfolds into a nightmare and had me keeping the light on at night.” —Rosamund Lupton, bestselling author of Sister

“Never Knowing is a chilling thriller with enough twists and turns so that every time I thought I knew where it was going I was taken somewhere else. I have a feeling that Chevy Stevens is an author who is going to keep getting better and better with each book! I hope I'm still around for the next six--at which point she'll probably give me a heart attack. But what a great way to go out! ” —Lois Duncan, author of I Know What You Did Last Summer.

“Stevens takes us on a wild ride in this action-packed book.” —The Globe and Mail