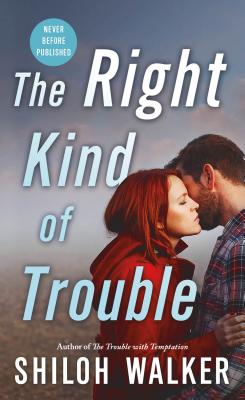 In the small Southern town of McKay’s Treasure, everybody knows that the handsome local police chief, Gideon Marshall, has been carrying a torch for Moira McKay. It’s also no secret that Moira has been rejecting Gideon since…forever. But after an attack from a mysterious stranger bent on taking down the McKay family, Moira becomes filled with distrust toward most men. Now she wonders whether she’s been wrong about Gideon all along—and if it’s not too late to admit him back into her life…and into her bed...

Gideon has finally convinced his wasted heart to give up on Moira, who he’s loved since he was sixteen years old. Moira’s attack changes everything, however—and he vows to protect her. But how much is he willing to risk for a woman who’s always kept him at bay…until now? And is it too late for Moira to tell him that her love for him has always been locked deep in her heart—and he holds the key?

Shiloh Walker is an award-winning writer…yes, really!  She’s also a mom, a wife, a reader, and she pretends to be an amateur photographer. Her Secrets and Shadows series includes Burn for Me, Break for Me, and Long for Me.