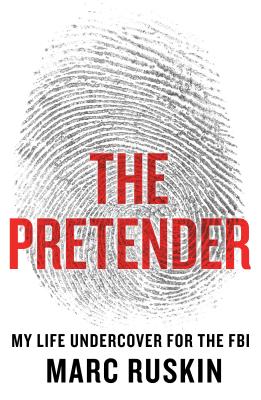 My Life Undercover for the FBI

Of all the tools available to law enforcement, the living, breathing undercover operative remains the gold standard. This is true in TV shows and in the real world. In the era of electronic surveillance, UC work enforces accountability; it prevents mistakes, and of all the boots on the ground, undercover agents are often the most valuable.

The FBI generally has about 100 UC agents working full-time in the field. In the 1990s and 2000s, Marc Ruskin had the most diverse, and notorious, case list of all, and the broadest experience within the bureaucracy, including overseas. He worked ops targeting public corruption, corporate fraud, Wall Street scams, narcotics trafficking, La Cosa Nostra, counterfeiting—and gritty street-level scams and schemes.

Sometimes working three or four cases simultaneously, Ruskin switched identities by the day: Each morning he had to walk out the door with the correct ID, clothes, accessories and frame of mind for that day’s mission. Meet Alex Perez, Alejandro Marconi, and Sal Morelli, just a few of Ruskin’s undercover personas.

And how is the right UC agent chosen, how is a bogus identity manufactured and “backstopped,” how is the Bureau's long-term con painstakingly assembled? No one has ever given us the inside story like Ruskin. The Pretender is the definitive narrative of undercover ops—the procedures, the successes, the failures--and the changes in the culture of the new-era FBI.

Marc Ruskin spent 20 years as an FBI Special Agent working primarily in undercover operations for which he was awarded five Commendations from the Bureau Director. A graduate of Vassar College and Cardozo Law School, prior to joining the FBI Ruskin served on the staff of U.S. Senator Daniel Moynihan and as an Assistant District Attorney in Brooklyn. Following his retirement from the FBI in 2012, he has divided his time between a law practice in New York and extended sojourns in Liaoning Province, China, where he writes and studies Mandarin.

Marc is the author of The Pretender.


Praise For The Pretender: My Life Undercover for the FBI…

“The Pretender is a fascinating read into the dark life of an Undercover Agent. It takes the reader to places they would not dare to venture. A book one cannot put down. Nor does one want it to end.” —Joseph Pistone aka Donnie Brasco

"There's grit, suspense, and danger on every page of Marc Ruskin's The Pretender. It grabs you on the first page and takes you on a heart-in-your-mouth ride - and the excitement is truly chilling because you know it's all true. I loved The Pretender.” —Howard Blum, New York Times bestselling author of The Last Goodnight and Dark Invasion

"Marc Ruskin is a natural storyteller, and two decades of FBI undercover work gave him plenty to tell. My advice is pull up a comfortable chair, get a beverage from the cooler, and enjoy this peek into Marc’s unique and improbable adventure." —Mike German, former FBI agent (1988-2004), former ACLU lobbyist (2006-2013), author of Thinking Like a Terrorist, and co-writer of the feature film Imperium.

"Having practiced criminal law for over 50 years and cross examined hundreds of law enforcement professionals and undercover agents, I thought I knew it all. The Pretender is written with such detail that it put me front and center in an entirely new, dark world of criminality. Wow." —Murray "Don't Worry Murray" Richman, New York Criminal Lawyer and Former President of the New York State Association of Criminal Defense Lawyers (NYSACDL)

"It's said that the two most important days in our lives is when we're born and when we figure out why. Marc Ruskin was born to be an undercover operative for the FBI but didn't know it until he became one. The Pretender: My Life Undercover for the FBI reads like a thriller and written in street savvy-style, replete with details of the undercover lifestyle never before revealed. A winner...." —Patrick W. Picciarelli, co-author of Street Warrior: The Story of the NYPD's Most Decorated Detective and the Era That Created Him.