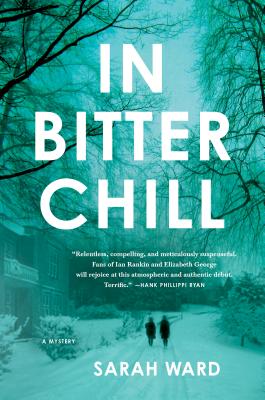 The deepest secrets are the ones we keep from ourselves in this richly atmospheric, compellingly written, and expertly constructed crime debut from an emerging talent.

Derbyshire, 1978: a small town in the idyllic English countryside is traumatized by the kidnapping of two young schoolgirls, Rachel Jones and Sophie Jenkins. Within hours, Rachel is found wandering alone near the roadside, unharmed yet unable to remember anything, except that her abductor was a woman. No trace of Sophie is ever discovered.

Present day: over thirty years later, Sophie's mother commits suicide. Detective inspector Francis Sadler and detective constable Connie Childs are assigned to look at the kidnapping again to see if modern police methods can discover something that the original team missed. Rachel, with the help of her formidable mother and grandmother, recovered from the kidnapping and has become a family genealogist. She wants nothing more than to continue living quietly beneath the radar, but the discovery of the strangled body of one of her former teachers days after the suicide brings the national media back to her doorstep. Desperate to stop a modern killer from striking again, Rachel and the police must unpick the clues to uncover what really happened all those years ago as the past threatens to engulf the present.

Sarah Ward is an online book reviewer whose blog, Crimepieces, reviews the best of current crime fiction published around the world. She has also reviewed for the Eurocrime and Crimesquad websites and is a judge for the Petrona Award for Scandinavian translated crime novels. Sarah lives in rural Derbyshire in England where her debut novel, In Bitter Chill, is set.

Praise For In Bitter Chill: A Mystery (Inspector Francis Sadler #1)…

"Great new mystery set in the atmospheric Peak District of England. When a woman’s suicide is found to be related to an unsolved case of a missing girl, the police must reinvestigate a long cold case. I hope this book will be the first in a new series!"—Pamela Wiggins, Wake County Public Libraries, Cary, NC, October 2015 LibraryReads

“Ward, a reviewer of international crime fiction on her blog, Crimepieces, skillfully weaves a compelling plot in this police procedural with a genealogical bent. An accomplished debut by a writer to watch.” —Booklist

“Relentless, compelling, and meticulously suspenseful. Fans of Ian Rankin and Elizabeth George will rejoice at this atmospheric and authentic debut, expertly told, where modern-day police struggle to untangle disturbing secrets of the past. Terrific.” —Hank Phillippi Ryan, Agatha, Anthony and Mary Higgins Clark award winning author of Truth Be Told

“In Bitter Chill deserves to be one of the stand out debuts of 2015. A tense, page-turning mystery that grips readers from the first. I'm looking forward to more from Sarah Ward.” —William Ryan, author of The Darkening Field

“In Bitter Chill is an elegant and thoughtful novel, as well as a compassionate investigation into the dark heart of family relationships and the lurking power of long buried secrets. This is a fine debut, and Sarah Ward is a writer to watch.” —Chris Ewan, award-winning author of Dead Line

“The most engaging debut I have come across in a long time.” —Yrsa Sigurdardottir, author of I Remember You