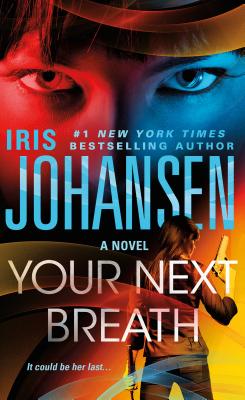 Your Next Breath (Mass Market)

SHE CAN RUN FROM THE PAST.

Catherine Ling created a brand-new life for herself, far from her rough beginnings on the streets of Hong Kong. But someone has followed her trail...and is playing a deadly game with her, striking closer to her heart with each blow. First, there's the death of the former prostitute who helped Catherine when she was still a child. Next, the CIA operative who had known her ever since she was pulled into the agency at the age of fourteen. And now Luke is in the killer's sights.

CAN SHE HIDE FROM THE TRUTH?

Luke is Catherine's only son. Kidnapped when he was only two years old, Catherine devoted nine years of her life to finding him-and she will not lose him again. Can Catherine, who has made countless enemies throughout her life, protect the ones she loves the most-including Eve Duncan, whose forensic skills were instrumental in freeing Luke-without putting her own life at risk? All she knows is that she will die trying...if the killer doesn't get to her first.

"Iris Johansen keeps the reader intrigued with complex characters and plenty of plot twists."-People magazine, on Your Next Breath

Iris Johansen is the New York Times bestselling author of Chasing the Night, Blood Game, Eve, and Eight Days to Live, among others. She began writing after her children left home for college, and first achieved success in the early 1980s writing category romances. In 1991, she began writing suspense historical romance novels, and in 1996 she turned to crime fiction, with which she has had great success. She lives near Atlanta, Georgia.

Praise For Your Next Breath: A Novel…

“Filled with intriguing twists and characters and an overarching mystery that will keep fans coming back.” —Kirkus Reviews on Taking Eve

“Johansen expertly rachets up the suspense as the action builds to a shocking conclusion.” —Publisher's Weekly on Taking Eve

“Building to a shocking conclusion, Johansen's paranormal suspense thriller will have fans of Eve's exploits clamoring for the trilogy's final installment.” —Booklist on Hunting Eve

“The suspense and action will entertain all, even those new to the series.” —Library Journal (starred) on Eve

“Johansen's intense storytelling style drags readers into a whirlpool of danger and treachery that can have horrifying results. It's awesome!” —RT Book Reviews on Quinn

“A dynamically chilling start to a new trilogy in the ongoing Eve Duncan saga. The pulse-pounding plot...will keep readers glued to the pages with anticipation.” —Fresh Fiction on Taking Eve