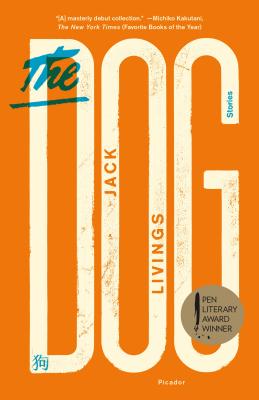 "Exceptional . . . A poisoned world, with ruthless people, apparatchiks, Stakhanovites, rude, cruel, anxious chancers, and all subtly alien, quite without the American gene."-Michael Hofmann, The Times Literary Supplement (A Best Book of the Year)

Set in the shifting landscape of contemporary China, this riveting, richly imagined collection explodes the country's cultural and social fault lines, revealing a nation accustomed to bitter struggle and the stranglehold of communism as it confronts a generation rife with the promise of unforeseen prosperity.
A wealthy factory owner-once a rural peasant-donates repeatedly to earthquake relief efforts, but digs in his heels when government pressure requires him to give even more; a marginalized but powerful Uyghur gangster clashes with his homosexual grandson; and a dogged journalist is forced to resign as young writers in "pink Izod golf shirts and knockoff Italian loafers" write his stories out from under him. With spare, penetrating prose, Livings gives shape to the anonymous faces in the crowd and illuminates the tensions, ironies, and possibilities of life in modern China. As heartbreaking as it is hopeful, The Dog marks the debut of a startling and wildly imaginative new voice in fiction.


Praise For The Dog: Stories…

“Exceptional . . . A poisoned world, with ruthless people, apparatchiks, Stakhanovites, rude, cruel, anxious chancers, and all subtly alien, quite without the American gene.” —Michael Hofmann, The Times Literary Supplement (A Best Book of the Year)

“Stunning . . . With The Dog, Mr. Livings has made an incisive-and highly impressive-debut.” —The New York Times

“[Livings] is unusually perceptive about political realities and the moral cost they exact from ordinary citizen.” —The New Yorker

“One of the rewards of this book is the range of vividly human experience its presents... Jack Livings is a very gifted storyteller.” —The Atlantic

Jack Livings is author of The Dog, which was awarded the PEN / Robert W. Bingham Prize, the Rome Prize for Literature, and was included on best book of the year lists by the Times Literary Supplement and The New York Times. His short stories have appeared in Best American Short Stories and have been awarded two Pushcart Prizes. His first novel is The Blizzard Party.
Loading...
or support indie stores by buying on