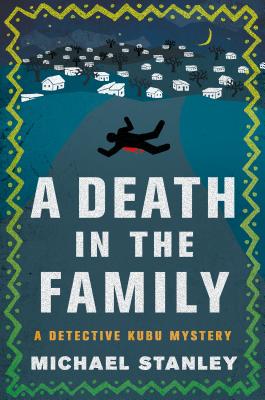 "There's no easy way to say this, Kubu. Your father's dead. I'm afraid he's been murdered."

Faced with the violent death of his own father, Assistant Superintendent David 'Kubu' Bengu, the smartest detective in the Botswana police, is baffled. Who would kill such a frail old man? Kubu's frustration grows as his boss, Director Mabaku, bans him from being involved in the investigation.

The picture becomes even murkier with the apparent suicide of a government official. Are Chinese mine-owners involved? And what role does the US Embassy have to play?

Set amidst the dark beauty of modern Botswana, A Death in the Family is a thrilling insight into a world of riots, corruption, and greed, as a complex series of murders presents the opera-loving detective with his most challenging case yet. When grief-stricken Kubu defies orders and sets out on the killers' trail, startling and chilling links emerge, spanning the globe and setting a sequence of shocking events in motion. Will Kubu catch the killers in time?


Praise For A Death in the Family: A Detective Kubu Mystery…

"If you are unfamiliar with this series, you can pick up and read A DEATH IN THE FAMILY without referencing the previous volumes. You will not be sorry. Stanley and Kubu deserve much more critical and commercial attention than they have been receiving; hopefully this latest installment will rectify that shortcoming." --bookreporter

"The smartest detective in the whole of the Botswana police, Assistant Superintendent David 'Kubu' Bengu, is thrown headlong into a nightmare...is an angry Kubu as readable as a funny Kubu? Most definitely! If you love Alexander McCall Smith's The No. 1 Ladies' Detective Agency books, are you going to like Michael Stanley's Detective Kubu? Chances are very good that you will." --Kitlling Books

"Kubu is an endearing character, even when he's angry, and you feel the people of Botswana are safe when this big man is on the job." --Pioneer Press

“This fifth mystery featuring Detective Kubu is another fast moving procedural notable for its warm characterizations and vivid sense of place. A natural for fans of the No. 1 Ladies' Detective Agency.” —Booklist

“Impossible to put down. Kubu's painstaking detecting skills make him a sort of Hercule Poirot of the desert. . . . This series can be recommended to a wide gamut of readers.” —Library Journal (starred review)

“Readers may be lured to Africa by the landscape, but it takes a great character like Kubu to win our loyalty.” —New York Times Book Review

“A serious novel with a mystery at its core. I loved this book.” —Timothy Hallinan, author of The Queen of Patpong

“A page-turner from start to finish.” —Charles Todd, New York Times bestselling author of A Matter of Justice

MICHAEL STANLEY is the writing team of Michael Sears and Stanley Trollip.

Sears was born in Johannesburg, grew up in Cape Town and Nairobi, and teaches at the University of the Witwatersrand.

Trollip was also born in Johannesburg and has been on the faculty of the universities of Illinois, Minnesota, and North Dakota, and at Capella University. He divides his time between Knysna, South Africa and Minneapolis, Minnesota.

Michael Stanley is the author of the Detective Kubu Mystery series, including A Death in the Family and Dying to Live.