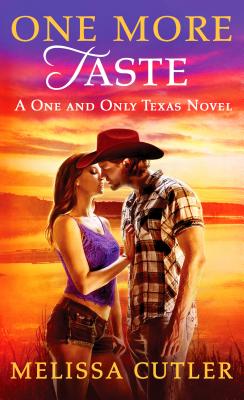 A One and Only Texas Novel

Chef Emily Ford has the talent and ambition to make it in the cutthroat culinary world—which is why she refuses to accept her demotion at the hands of Knox Briscoe, the new CEO of Briscoe Ranch Resort. He has grand plans that include bringing in a celebrity chef to helm an exciting new restaurant at the resort, but Emily has plans of her own—to do whatever it takes to change his mind…

Cut out of the Briscoe fortune by an old feud that left his family in ruins, Knox grew up dreaming of revenge. Out-maneuvering his uncle for control of Briscoe Ranch is merely the first step in a grand plan that doesn’t include the brazen and beautiful Emily Ford…or the attraction that sizzles between them. With both their futures on the line, can they keep their desires on simmer—or are they headed from the frying pan straight into the fire?

Return to Brisoce Ranch Resort in the second book in Melissa Cutler's One and Only Texas series!

Melissa Cutler is the author of The Mistletoe Effect and the One and Only Texas series. She knows she has the best job in the world writing sexy contemporary romances and romantic suspense. She was struck at an early age by an unrelenting travel bug and is probably planning her next vacation as you read this. When she's not globetrotting, she's enjoying Southern California's flip-flop wearing weather and wrangling two rambunctious kids.

Praise For One More Taste: A One and Only Texas Novel…

"Cutler’s engaging, down-to-earth storytelling makes this contemporary romance soar. A prideful, strong-willed heroine in Emily combined with Knox’s toughness and grit, along with the battle-of-wills between them, will appeal to readers. With genuine, delightful secondary characters, a rock-solid plot, and the passionate tension between Emily and Knox, Cutler’s latest is full of humor and heart." — RT Book Reviews

"One More Taste is a sexy page-turner of a story peopled with strongly motivated characters you'll cheer for." — BookPage