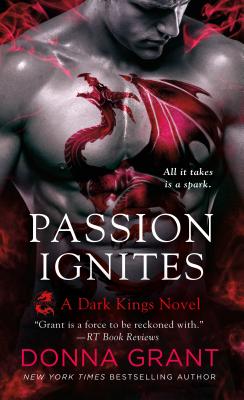 He consumed her with that kiss, leaving no question that whatever was happening between them was meant to be-that it had always been meant to be...

HE LOVES FOR ETERNITY
Thorn is the bad boy of the Dragon Kings, a gorgeous, reckless warrior whose passions run wild and fury knows no bounds. When he sees the brave, beautiful Lexi being lured into the Dark Fae's trap, he has no choice but to rescue her from a fate worse than death. But by saving this tempting mortal, he exposes himself to his fiercest enemy-and darkest desires. As the war between Dragons and Fae heats up, so does the passion between Lexi and Thorn. And when love is a battlefield, the heart takes no prisoners...

SHE LIVES FOR VENGEANCE
Lexi is on a mission of justice. Every day, she searches for the monster who murdered her friend. Every night, she hides in the shadows and plots her revenge. But the man she seeks is more dangerous than she ever imagined. He is one of the Dark Fae who preys on human life, who uses his unearthly power to seduce the innocent, and who is setting a trap just for her. Nothing can save Lexi from a creature like this-except the one man who's been watching her every move...in Passion Ignites by New York Times bestselling author Donna Grant.