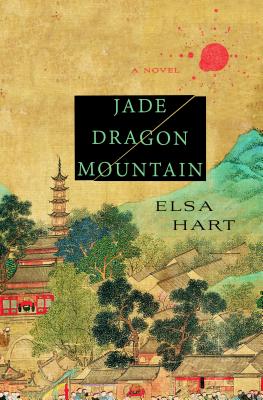 On the mountainous border of China and Tibet in 1708, a detective must learn what a killer already knows: that empires rise and fall on the strength of the stories they tell.

Li Du was an imperial librarian. Now he is an exile. Arriving in Dayan, the last Chinese town before the Tibetan border, he is surprised to find it teeming with travelers, soldiers, and merchants. All have come for a spectacle unprecedented in this remote province: an eclipse of the sun commanded by the Emperor himself.

Beyond the sloping roofs and festival banners, Li Du can see the mountain pass that will take him out of China forever. He must choose whether to leave, and embrace his exile, or to stay, and investigate a murder that the town of Dayan seems all too willing to forget.

“Perfectly melds history with the mystery genre for a lush look at China on the cusp of change. Set in the early 1700s, Jade Dragon Mountain delivers a compelling look at Chinese politics, culture and religion, delivering the complexities of each with a character-rich story...One of the year's most engrossing debuts.” —The Washington Post

“This debut historical mystery deftly combines ingenious plotting and suspense with a subtle understanding of China, its culture, and its people. The protagonist, Li Du, a librarian and intellectual, is well worth keeping an eye on.” —Donna Leon

“[A] measured, intelligent, first-class debut…The book augurs a brilliant career for Hart: the careful characterization, the beautifully detailed research (minced yak tongue, anyone?), and an innate feel for the enigmatic meanings of murder.”—USA Today

“Entertaining and amusing…Strikingly picturesque…But Jade Dragon Mountain does more than entertain. It is also a story of history and politics, offering the reader a brief but memorable description of the clash of China’s dynastic rivalries.”—Christian Science Monitor

“Jade Dragon Mountain is an amazing book-truly wonderful. Stunning in its atmosphere, setting, the gift of language, and great writing. Elsa Hart and her protagonist, Li Du, deserve a place in every collection. If you like great books, you will love Jade Dragon Mountain.” —Louise Penny

ELSA HART was born in Rome, Italy, but her earliest memories are of Moscow, where her family lived until 1991. Since then she has lived in the Czech Republic, the USA, and China. She earned a BA from Swarthmore College and a JD from Washington University in St. Louis School of Law. She wrote Jade Dragon Mountain, the first of the Li Du novels, in Lijiang, the city that has grown up around the old town of Dayan.
Loading...
or
Not Currently Available for Direct Purchase