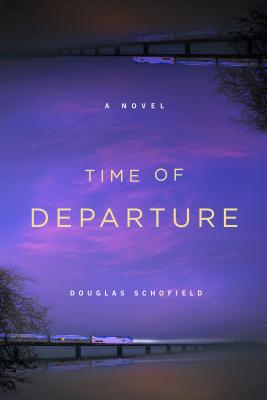 “Claire Talbot has a lot to prove in the misogynistic legal world in which she has immersed herself, but she puts it all on the line when Marcus Hastings enters her life with an old case that stirs an ominous feeling in the pit of Claire's stomach. Though the string of missing girls occurred before she was born, Claire senses a familiarity with the case, and with Marcus, that she can't explain. What begins with an ambitious young female prosecutor, a mysterious cold case, and an intriguing ex-cop who knows too much about both ends in a series of twists that readers won't see coming.”
— Rachel Kelley (M), Sunriver Books, Sunriver, OR
View the List

Florida state prosecutor Claire Talbot is as tough as they come, and not everyone loves her for it. Newly promoted Felony Division Chief, Claire has about as many jealous detractors as she does supporters. Some colleagues are openly skeptical about her youth, her abilities, and even her gender. When a highway project construction crew unearths two skeletons in a common grave, Claire reopens an investigation into a string of abductions that took place before she was born. While researching the file, she meets retired cop Marc Hastings, who once worked on the case. He maneuvers his way into the investigation-and into Claire's life. Marc has an uncanny familiarity with Claire's habits, and she begins to realize that not all is as it seems. The detective urges Claire on, mysteriously convinced that only she can solve the case. Together, they unearth more graves. But then, disaster strikes ... and Claire finally discovers what Hastings knew all along. It's a secret almost too shocking for a sane mind to grasp. The key to the killings may lie deep in Claire's own past. But what if Claire's past lies in her future?

Full of spellbinding twists, Douglas Schofield's Time of Departure will appeal not only to thriller aficionados, but to readers who appreciate a strong female lead and a compelling love story. A page-turner that will keep readers on the edge of their seats, Time of Departure heralds the arrival of an immensely talented new crime novelist.


Praise For Time of Departure: A Novel…

"Engrossing. It’s a tribute to criminal lawyer Schofield’s persuasive powers that his characters, procedural elements, and atmosphere are convincing enough to keep those pages turning without logic getting in the way."—Publishers Weekly (starred review)

"Schofield makes a big splash with this original debut mystery. Don’t expect to get any sleep if you start this novel tonight."—Library Journal (starred review)

"Schofield delivers a whopping complex tale. The characters are three-dimensional, and the gut-wrenching implications of the whole story will have readers' minds racing."—RTBookReviews (Top Pick)

“If Michael Connelly and Audrey Niffenegger collaborated on a story and then sent it into the past to be edited by Rod Serling, that novel would be Time of Departure. A hard-boiled detective thriller with a dash of fantasy, Time of Departure is a clever read. Daring, even. It risks angering readers who thought they knew what they were in for, only to be derailed at the turn. But the brave souls who venture on will not be disappointed. I read the last 100 pages in a blur of words just to find out how it all came together and then reread the beginning to see what I'd missed.” —James Renner, author of The Man From Primrose Lane and It Came From Ohio

“Douglas Schofield's Time of Departure is the fictional equivalent of a carefully crafted set of Chinese boxes, with a gripping police procedural nested within an engaging character study, enveloped by an overarching narrative that grapples with this world's essential questions. The investigation undertaken by driven state's attorney Claire Talbot takes readers to chilling, uncharted territory and reminds us that 'whodunit' is seldom as compelling a matter as why certain tragedies occur in the first place.” —Les Standiford, author of Bone Key and Water to the Angels

“A surprising, original mystery. I've never read anything quite like Time of Departure, and won't soon forget this genre-defying novel. Douglas Schofield makes an impressive, gutsy debut.” —Julia Dahl, author of Invisible City and Run You Down

Douglas Schofield was raised and educated in British Columbia, where he earned degrees in History and Law. Over the past thirty years, he has worked as a lawyer in Canada, Bermuda and the Cayman Islands. He has prosecuted and defended hundreds of cases of murder, sexual assault and other serious crimes. Schofield and his wife Melody live on Grand Cayman, along with their most excellent and amazing talking cat, Juno.
Loading...
or
Not Currently Available for Direct Purchase