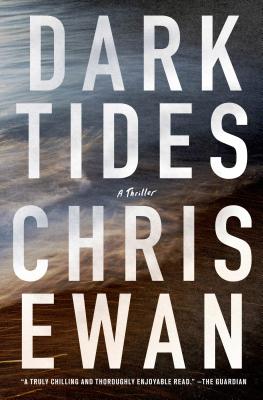 When Claire Cooper was eight years old her mother mysteriously vanished during Hop-tu-naa, Halloween on the Isle of Man. At fourteen, Claire is still struggling to come to terms with her disappearance when she's befriended by a group of five teenagers who mark every Halloween by performing dares. But Claire's arrival begins to alter the group's dynamic until one year a prank goes terribly wrong, changing all their futures and tearing the friends apart.

Six years later, one of the friends is killed on Halloween in an apparent accident. But Claire, now a police officer, has her doubts. Is a single footprint found near the body a deliberate taunt? As another Halloween dawns, bringing with it another death and another footprint, Claire becomes convinced that somebody is seeking vengeance. But who? And which of the friends might be next? If she is going to stop a killer and unlock the dark secrets of her past, Claire must confront her deepest fears, before it's too late.

Chris Ewan, author of the stand alone thrillers Safe House and Dead Line, returns to the Isle of Man with Dark Tides-a thriller that will keep you up all night.


Praise For Dark Tides: A Thriller…

“[An] adrenaline-fueled, stand-alone thriller, with Daniel Trent a driven protagonist in the Jack Reacher mold. Readers will want to see more of Trent, and this page-turner, full of twists and turns, cries out for a sequel.” —Booklist (starred review)

“Both an emotional story of a family dealing with a tragedy and an action-packed tale of a young man caught up in an elaborate kidnapping.” —Sun Sentinel

“Ewan has...elevated the everyman thriller into a compelling, contemporary read...Safe House is an exciting, well crafted thriller, with flashes of real humour and insight.” —SJ Bolton