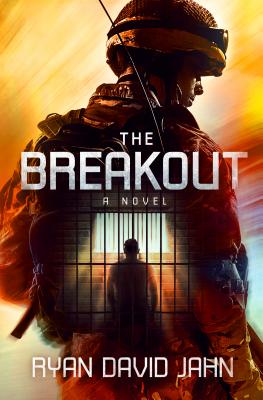 James Murphy is a Marine Corps sniper. He’s done two tours in Afghanistan. He’s considered an American Hero. And James is out for revenge.

Alejandro Rocha, a massively powerful drug kingpin who operates out of La Paz, Mexico, is responsible for James’s sister, Layla’s death, and he intends to make Rocha pay for it.

James goes AWOL from his unit and travels to Mexico, ready to enact bloody vengeance, but before he can go through with his plan, he is arrested by the crooked police of La Paz. He’s quickly thrown into a dangerous prison on trumped-up charges. He knows he is marked for death while in this prison and there’s nothing he can do about it. However, there is a group of people who can do something about it.

Discovering that James is wasting away in a Mexican prison, the marines in his unit decide to risk court-martial themselves and go AWOL as well, ready to go to war in order to break their brother out. And that’s just the beginning of the mayhem and violence.


Praise For The Breakout: A Novel…

" … suspenseful, stylishly written … This satisfying read has enough twists and turns for fans of any genre." - Publishers Weekly

RYAN DAVID JAHN grew up in Arizona, California, and Texas. He finished school at sixteen, worked several odd jobs, from record store clerk to janitor, and spent time in the army before moving to Los Angeles, where he muddled about in television and film for several years.

He published his first novel, Acts of Violence, which went on to win the Crime Writers' Association John Creasey Dagger, in 2009, and has since published five others: Low Life (2010); The Dispatcher (2011), which was long-listed for the CWA Ian Fleming Steel Dagger; The Last Tomorrow (2012); The Gentle Assassin (2014); and Dark Hours (2015). Translation rights to his works have been sold in twelve languages.

He now lives in Louisville, Kentucky, with his wife, Jessica, and two daughters, Francine and Matilda.