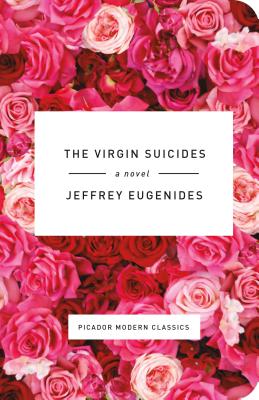 "Bought together or separately, these fiction titles are ideal stocking stuffers for the literature lover." - USA Today

The national bestseller from Jeffrey Eugenides, the Pulitzer Prize-winning author of Middlesex and The Marriage Plot. Adapted into a critically acclaimed film by Sofia Coppola, The Virgin Suicides is a modern classic, a lyrical and timeless tale of sex and suicide that transforms and mythologizes suburban middle-American life.

First published in 1993, The Virgin Suicides announced the arrival of a major new American novelist. In a quiet suburb of Detroit, the five Lisbon sisters--beautiful, eccentric, and obsessively watched by the neighborhood boys--commit suicide one by one over the course of a single year. As the boys observe them from afar, transfixed, they piece together the mystery of the family's fatal melancholy, in this hypnotic and unforgettable novel of adolescent love, disquiet, and death. Jeffrey Eugenides evokes the emotions of youth with haunting sensitivity and dark humor and creates a coming-of-age story unlike any of our time.

For more than twenty years, Picador has been producing beautifully packaged literary fiction and nonfiction books from Manhattan's Flatiron Building. Our Twentieth Anniversary Modern Classics line pairs iconic books - The Virgin Suicides by Jeffrey Eugenides, Steppenwolf by Herman Hesse, Jesus' Son by Denis Johnson, and Housekeeping by Marilynne Robinson - with a design that's both small enough to fit in your pocket and unique enough to stand out on your bookshelf.


Praise For The Virgin Suicides: A Novel (Picador Modern Classics #2)…

“Mr. Eugenides is blessed with the storyteller's most magical gift, the ability to transform the mundane into the extraordinary” —The New York Times Book Review

Jeffrey Eugenides was born in Detroit and attended Brown and Stanford Universities. His first novel, The Virgin Suicides, was published by FSG to great acclaim in 1993, and he has received numerous awards for his work. In 2003, he received the Pulitzer Prize for his novel Middlesex (FSG, 2002), which was also a finalist for the National Book Critics Circle Award, the International IMPAC Dublin Literary Award, and France’s Prix Médicis. The Marriage Plot (FSG, 2011) was a finalist for the National Book Critics Circle Award, and won both the Prix Fitzgerald and the Madame Figaro Literary Prize. His collection of short stories, Fresh Complaint, is from FSG (2017). Eugenides is a professor of creative writing in the Lewis Center for the Arts at Princeton.
Loading...
or support indie stores by buying on