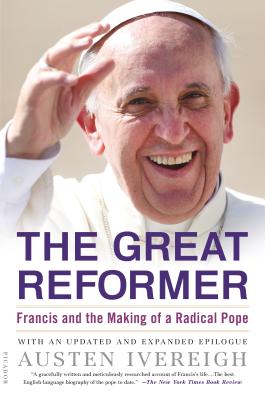 A Philadelphia Inquirer Best Book of the Year

Based on extensive interviews in Argentina and years of study of the Catholic Church, this biography provides never-before-explained context on how one man's ambitious program began-and how it will likely end-through an investigation of Francis's youth growing up in Buenos Aires and the dramatic events during the Perón era that shaped his beliefs; his ongoing conflicts and disillusionment with the ensuing doctrines of an authoritarian and militaristic government in the 1970s; how his Jesuit training in Argentina and Chile gave him a unique understanding and advocacy for a "Church of the Poor"; and his rise from cardinal to the papacy.

“[A] gracefully written and meticulously researched account of Francis's life ... The best English-language biography of the pope to date.” —The New York Times Book Review

“Consider this book the cornerstone of any collection on Pope Francis and twenty-first-century Christianity.” —Ray Olson, Booklist (starred review)

“In a graceful style, Ivereigh illuminates Bergoglio's path.... His rigorous research unveils fascinating details and does not skip the controversies that intervened along the way.” —Kenneth A. Briggs, The Philadelphia Inquirer

“The Great Reformer is a magnificent book.... A tour de force of biographical research and good judgment.” —John Cavadini, Commonweal

“Easily the best treatment of Pope Francis' Argentine background in English, written by someone who knows Catholicism inside and out. Masterful, indispensible, and gripping.” —John L. Allen Jr., Associate Editor, Crux and The Boston Globe

“Ivereigh has written the best available chronicle of the formative events in the life and thinking of Jorge Mario Bergoglio and demonstrates how his call for a ‘Church in permanent mission' extends and deepens the ‘New Evangelization' proclaimed by St. John Paul II.” —George Weigel, author of Evangelical Catholicism