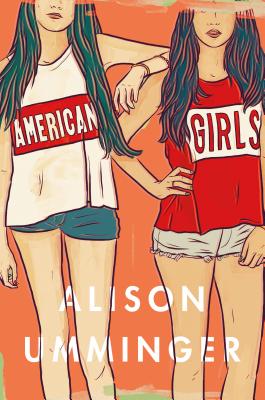 A bittersweet, honest, and widely acclaimed YA coming-of-age novel that distills honest truths about American girldom

Anna is a fifteen-year-old girl slouching toward adulthood, and she's had it with her life at home. So Anna "borrows" her stepmom's credit card and runs away to Los Angeles, where her half-sister takes her in. But LA isn't quite the glamorous escape Anna had imagined.

As Anna spends her days on TV and movie sets, she engrosses herself in a project researching the murderous Manson girls—and although the violence in her own life isn't the kind that leaves physical scars, she begins to notice the parallels between herself and the lost girls of LA, and of America, past and present.

In Anna's singular voice, we glimpse not only a picture of life on the B-list in LA, but also a clear-eyed reflection on being young, vulnerable, lost, and female in America—in short, on the B-list of life. Alison Umminger writes about girls, violence, and which people society deems worthy of caring about, which ones it doesn't, in a way not often seen in teen fiction.


Praise For American Girls: A Novel…

"Two new novels explore the story of the Manson murders by shoving the ringleader to the side and putting the girls (and girlhood itself) at the center of the narrative: The much-discussed The Girls by Emma Cline, and the less-analyzed, though no less worthy, American Girls by Alison Umminger. Cline and Umminger take a crime that seems impossible to understand, and show the girls behind it being fueled by feelings that are all too familiar." —The Atlantic

"An extraordinary book, with empathy and heart to spare." —Jeff Zentner, Morris Award Honor-winning author of The Serpent King

“Alison Umminger doesn't pull any punches in her debut: Funny, sad, often surprising, and just damned authentic. I know I won't be the only one who didn't want Anna's glittery-dark Hollywood summer to end.” —emily m. danforth, author of The Miseducation of Cameron Post

“An incredible book and so, so important." —Kiese Laymon, author of How to Slowly Kill Yourself and Others in America

"A razor-sharp commentary on our culture, observed with keen wit from the perspective of one honest and complex American girl. An insightful, original take on the coming-of-age story." —Kirkus, starred review

"Bittersweet and true, Anna's journey to self-discovery is one that should be widely read." —ALA Booklist, starred review

ALISON UMMINGER grew up in Arlington, Virginia, and as an undergraduate was the fourth woman to be elected president of The Harvard Lampoon. Today, she is a professor of English at the University of West Georgia in Carrollton, Georgia, where she lives with her family. American Girls is her first novel.
Loading...
or
Not Currently Available for Direct Purchase