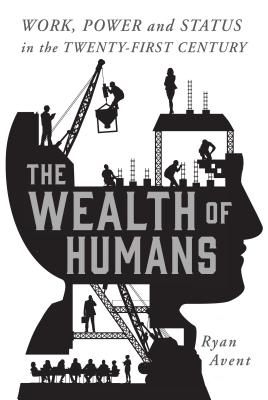 Work, Power, and Status in the Twenty-first Century

None of us has ever lived through a genuine industrial revolution. Until now.

Traveling from Shenzhen, to Gothenburg, to Mumbai, to Silicon Valley, Avent investigates the meaning of work in the twenty-first century: how technology is upending time-tested business models and thrusting workers of all kinds into a world wholly unlike that of a generation ago. It's a world in which the relationships between capital and labor and between rich and poor have been overturned.

Past revolutions required rewriting the social contract: this one is unlikely to demand anything less. Avent looks to the history of the Industrial Revolution and the work of numerous experts for lessons in reordering society. The future needn't be bleak, but as The Wealth of Humans explains, we can't expect to restructure the world without a wrenching rethinking of what an economy should be.


Praise For The Wealth of Humans: Work, Power, and Status in the Twenty-first Century…

“Ryan Avent is a superb writer. I am confident that his book will be very successful.”—Thomas Piketty

“Ryan Avent is one of the sharpest and most intelligent writers around. Nobody is better placed to tell us how technology is shaping our economy and our lives.”—Tim Harford

“Many of the world's top economists read, engage with, and debate Ryan Avent on a regular basis, including on labor markets and technology.” —Tyler Cowen

“An ambitious, insightful and provocative book...Avent ranges widely through the often insular silos of economics, blending microeconomics with macro, industrial organization with international trade, labor economics with financial, economic history with economic geography. In the best Economist tradition, this book is both accessible and sophisticated, one that raises all the right questions.”—Washington Post

RYAN AVENT is an economics correspondent for the Economist. He's also the primary contributor to its Free Exchange blog and a contributor to The New York Times, The Washington Post, The New Republic, The Atlantic, and The Guardian, among other publications. He is the author of a Kindle Single: The Gated City, which analyzes migration from American cities. Avent was previously an economic consultant and an industry analyst for the Bureau of Labor Statistics. He lives in London, England.
Loading...
or
Not Currently Available for Direct Purchase