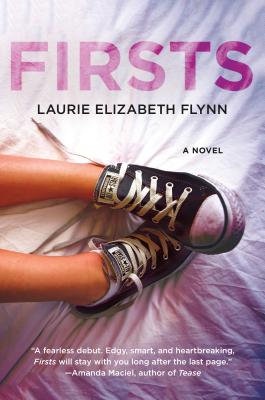 Seventeen-year-old Mercedes Ayres has an open-door policy when it comes to her bedroom, but only if the guy fulfills a specific criteria: he has to be a virgin. Mercedes lets the boys get their awkward fumbling first times over with, and all she asks in return is that they give their girlfriends the perfect first time-the kind Mercedes never had herself.

Keeping what goes on in her bedroom a secret has been easy - so far. Her mother isn't home nearly enough to know about Mercedes' extracurricular activities, and her uber-religious best friend, Angela, won't even say the word "sex" until she gets married. But Mercedes doesn't bank on Angela's boyfriend finding out about her services and wanting a turn - or on Zach, who likes her for who she is instead of what she can do in bed.

When Mercedes' perfect system falls apart, she has to find a way to salvage her own reputation -and figure out where her heart really belongs in the process. Funny, smart, and true-to-life, Laurie Elizabeth Flynn's Firsts is a one-of-a-kind young adult novel about growing up.


Praise For Firsts: A Novel…

“A fearless debut that dares you to question what you really know about that girl. Edgy, smart, and heartbreaking, Firsts will stay with you long after the last page.” —Amanda Maciel, author of Tease

“Emotionally charged... Firsts is a powerful coming of age story that tied my heartstrings in knots. Relevant and riveting... Fans of "Easy A" will root for Mercy.” —Caisey Quinn, bestselling author of Leaving Amarillo

“A brave debut. Readers will be drawn in by Mercedes and this original story that is near impossible to put down. Gutsy storytelling with both humor and heart.” —Lori Goldstein, author of Becoming Jinn

LAURIE ELIZABETH FLYNN went to school for journalism and later worked as a model, a job that took her overseas to Tokyo, Athens, and Paris. Flynn now lives in London, Ontario, with her husband, their daughter and son, and a loyal Chihuahua. Firsts is her first novel.
Loading...
or
Not Currently Available for Direct Purchase