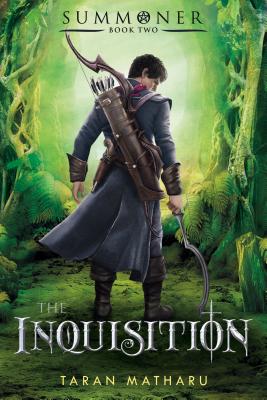 With loyal friends Othello and Sylva by his side, Fletcher must battle his way to the heart of Orcdom and save Hominum from destruction . . . or die trying, in this sequel to The Novice by Taran Matharu.


Praise For The Inquisition: Summoner: Book Two (The Summoner Trilogy #2)…

Praise for The Novice:
"A young orphan makes friends (and enemies) at a magic school in this solid series opener. Fletcher is appealing precisely because of his Everyman qualities: he is not the smartest or the strongest, but he is a loyal friend and a fierce fighter against injustice." -Kirkus Reviews