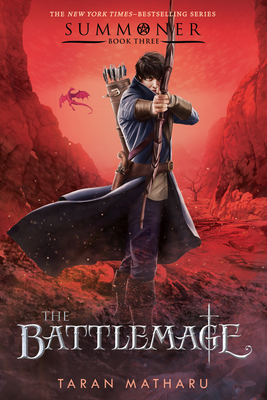 The epic conclusion to the New York Times–bestselling Summoner trilogy, by Taran Matharu!

Fletcher and his friends fight for survival in the ether, where they pursue a mortally dangerous quest to rebuild their world and broker peace.

Even as hatred threatens to turn friend into foe in The Battlemage, Fletcher must lead a small army of soldiers into battle to protect his ancestral homeland, and face his biggest challenge yet: his nemesis, the albino orc, Khan, who seeks to destroy everything Fletcher holds dear.


Praise For The Battlemage: Summoner, Book Three (The Summoner Trilogy #3)…

THE NOVICE (Book 1 in the Summoner series):

“This plot-focused fantasy adventure will be a satisfying read for a wide age range of readers, especially fans of role-playing games and Christopher Paolini.” —VOYA

“Taran Matharu . . . racked up more than a million reads for his first novel, 'Summoner,' in only four months.” —NBCnews.com


THE INQUISITION (Book 2 in the Summoner series):


THE BATTLEMAGE (Book 3 in the Summoner series):

Taran Matharu is the author of the Contender trilogy and the New York Times–bestselling Summoner series: The Novice (Book One), The Inquisition (Book Two), The Battlemage (Book Three), The Outcast (the prequel), and The Summoner's Handbook; the series has been compared to the Harry Potter and Lord of the Rings series. Taran Matharu lives in London.
Loading...
or
Not Currently Available for Direct Purchase