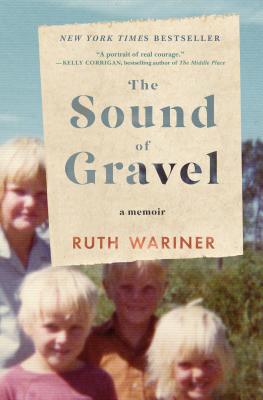 
“An addictive chronicle of a polygamist community.” — New York Magazine

RUTH WARINER lives in Portland, Oregon. After Wariner left Colonia LeBaron, the polygamist Mormon colony where she grew up, she moved to California, where she raised her three youngest sisters. After earning her GED, she put herself through college and graduate school, eventually becoming a high school Spanish teacher. She remains close to her siblings and is happily married. The Sound of Gravel is her first book.

1. What does the title, The Sound of Gravel, mean? How many references to it did you find, and what effect did the sound of gravel have on some of the characters?

2. What did you think of Ruth’s decision to narrate her story from her childhood perspective? Do you think it would’ve been a different experience to read about these events if they had been written in an adult’s voice? Why or why not?

3. From the very beginning, Ruth’s life was dictated by tradition. Traditions can give a child comfort and stability, but for Ruth and her siblings, even the traditions of their religion couldn’t instill much stability. How do you decide when a tradition is doing more harm than good? What traditions and familial expectations have shaped your life, and how have you reshaped some of them upon reaching adulthood?

4. Growing up, Ruth was surrounded by women who could be considered to be both strong and weak at the same time. In what ways were the women in Ruth’s life strong? In what ways were they weak? How did their role affect family dynamics? How did it affect your opinion of Ruth’s mother’s choices in particular?

5. Ruth writes of her mom receiving a special Christmas card from Matt: “Mom’s tears that day were joyful, like the tears she cried when we sang ‘Happy Birthday’ to her each year. I cried too, but only much later, when I realized how little she had asked of the world, and how even that had been too much for the world to give.” Have you ever felt that way at times in your own life?

6. What characteristics of Ruth’s early life gave you glimpses of the young woman she would become? Did you notice signs of strength sand survival in her early on? What elements from your own childhood do you still carry within you today?