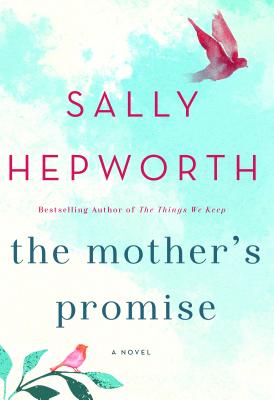 
Praise For The Mother's Promise: A Novel…

1. Sonja, Kate, and Alice all have service-oriented jobs but are very isolated when it comes to their personal struggles. Where do we see key moments in the story when they begin to open up their personal lives to others?  What prompts these changes and why were they each so isolated before?

2. Where do we see examples of different characters hiding information in order to protect each other? In each example, do the secrets improve or worsen the situation?  Would you make the same decisions?

3. In this novel we see two women struggling in their marriages in very different ways.

4. On page 118, Sonja wonders, “Then again, what did it mean to make a marriage succeed?  Was it simply about staying together? Or was there something more she should be striving for?”

5. How do you define a successful marriage?

6. What does Kate mean when, on page 164, she realizes that “marriage wasn’t meant to be conditional”?

8. Were you surprised when the identity of Zoe’s father was revealed? What was your reaction to the explanation that George gave to Sonja about his relationship with Alice?

9. Why does Alice react to Kate in such a strong, negative way at first? What are key moments when we see her attitude begin to change?  Why does it change?

10. How do Zoe’s relationships with Kate and Harry affect her? Where do we see examples of the effect they have on her in her actions and demeanor?

11. On page sixteen, Sonja thinks, “Happiness was something you shared, chatted about, asked after. Suffering was something that you had to do behind closed doors, in silence, all alone.” Where do we see different characters living by this statement? Where do we see them going against it, and with what outcomes?

12. What do you imagine the future to hold for Zoe? What about for Kate and Sonja?