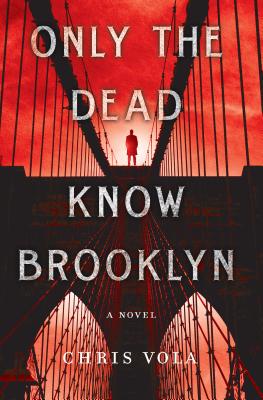 Only the Dead Know Brooklyn

A vampire who is confined to Brooklyn gives up his immortality to save the human love of his life and unknowingly wades into a much larger supernatural conspiracy.

Ryan Driggs has lived in Brooklyn for 128 years, 96 of them as one of the last members of a tribe of blood-eating immortals who have called the borough home since before colonial times. Besides the occasional hard-to-control thirst, his life in the twenty-first century is uneventful, until he meets Jennifer, a human from Manhattan with whom he falls in love.

Unable to leave Brooklyn without reverting back to his original, cancer-stricken human state, Ryan knows he must tell Jennifer who and what he really is. But before he can find the words, she is kidnapped by a tribe of Manhattan vampires—and Ryan discovers that, for a reason unknown to him, he is a target too. After contacting the oldest member of his tribe, a former slave named Frank Lafayette, and after an attempt on their lives that leaves two of Frank’s employees dead, Ryan realizes he’s been thrust into a world that is more dangerous than anything he’d imagined.

As he travels to Manhattan to rescue Jennifer, forsaking his immortality, he gets caught up in a roller coaster of violence, lies, manipulation, and a power struggle that stretches back thousands of years. Chris Vola's Only the Dead Know Brooklyn takes place in a world where conspiracies are more than just theories—where Ryan must decide to fight, or forsake both of the species he's called his own.


Praise For Only the Dead Know Brooklyn: A Novel…

"Only the Dead Know Brooklyn is a taut and intriguing tale that is, quite frankly, tremendously fun to read, and I had a hell of a time putting it down once I cracked it open and started the first page." —Jobie Hughes, #1 New York Times Bestselling Author

“Vola serves up some wicked thrills in this killer novel. Only the Dead Know Brooklyn is a fast-paced, scary book with a wicked sense of humor.” —Jonathan Maberry, New York Times bestselling author

"A book for thriller enthusiasts who like their vampires with a side of conspiracy theory." —Kirkus Reviews

CHRIS VOLA was born in Hartford, Connecticut. A former assistant greenskeeper, bouncer, waiter and editor, he lives and bartends in New York City. Only the Dead Know Brooklyn is his third book after Monkeytown and E is for Ether.
Loading...
or support indie stores by buying on