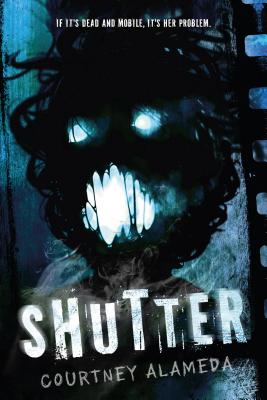 Lock, stock, and lens, she's in for one hell of a week.

Micheline Helsing is a tetrachromat-a girl who sees the auras of the undead in a prismatic spectrum. As one of the last descendants of the Van Helsing lineage, she has trained since childhood to destroy monsters both corporeal and spiritual: the corporeal undead go down by the bullet, the spiritual undead by the lens. With an analog SLR camera as her best weapon, Micheline exorcises ghosts by capturing their spiritual energy on film. She's aided by her crew: Oliver, a techno-whiz and the boy who developed her camera's technology; Jude, who can predict death; and Ryder, the boy Micheline has known and loved forever.

When a routine ghost hunt goes awry, Micheline and the boys are infected with a curse known as a soulchain. As the ghostly chains spread through their bodies, Micheline learns that if she doesn't exorcise her entity in seven days or less, she and her friends will die. Now pursued as a renegade agent by her monster-hunting father, Leonard Helsing, she must track and destroy an entity more powerful than anything she's faced before . . . or die trying.

Shutter by Courtney Alameda is a thrilling horror story laced with an irresistible romance.

“This debut novel features a dark, compelling story and more than enough gore to please the most demanding horror reader.” —VOYA

“A paranormal ghost-hunting story that is a standout in the genre . . . Frightening from the first page, this is sure to please horror fans, particularly those familiar with ghost and vampire legends.” —School Library Journal

“Alameda keeps the fear dripping from the walls as she plunges headlong into this full-scale thriller . . . A page-turner for thriller fans.” —Kirkus Reviews

“Alameda succeeds at creating hideous creatures that are the stuff of nightmare. The rapid pacing, advanced technology, and limitless weapons just add appeal for readers seeking a supernatural thriller.” —Booklist

“Alameda’s worldbuilding is strong—this alternate version of San Francisco is dangerous and unpredictable— and her characters evoke shows like Buffy and Supernatural.” —Publishers Weekly

Courtney Alameda is a veteran bookseller and librarian. She holds a degree in English Literature with an emphasis in Creative Writing from Brigham Young University. She lives in Salt Lake City, Utah. She is the author of Pitch Dark.
Loading...
or
Not Currently Available for Direct Purchase