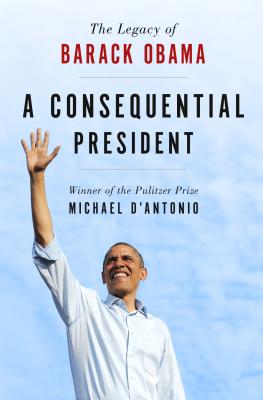 The Legacy of Barack Obama

In response to criticism and disappointment from the Left, A Consequential President offers a bold assessment of the lasting successes and major achievements of President Obama.

Had he only saved the U.S. economy with his economic recovery act and his program to restore the auto industry, President Obama would have been considered a successful president. He achieved so much more, however, that he can be counted as one of our most consequential presidents.

With The Affordable Care Act, he ended the long-running crisis of escalating costs and inadequate access of treatment that had long-threatened the well-being of 50 million Americans. His energy policies drove down the cost of power generated by the sun, the wind, and even fossil fuels. His efforts on climate change produced the Paris Agreement, the first treaty to address global warming in a meaningful way, and his diplomacy produced a dramatic reduction in the nuclear threat posed by Iran. Add the withdrawal of troops from Iraq, the normalization of relations with Cuba, and his “pivot” toward Asia, and President Obama's triumphs abroad match those at home.

Most importantly, as the first African-American president, he navigated race relations and a rising tide of bigotry, including some who challenged his citizenship, while also fighting a Republican Party determined to make him one-term president. As a result, Obama's greatest achievement was restoring dignity and ethics to the office of the president, proof that he delivered his campaign promise of hope and change.


Praise For A Consequential President: The Legacy of Barack Obama…

Praise for A Consequential President
“[An] obligatory reference … for future historians grappling with the Obama presidency.” —The Washington Post

“[A] massive trove of fact-checked, citation-provided facts ... Latte-sipping liberals may be partisan or at least annoying in their boostery Facebook posting of job-growth charts, but they're not wrong.” —Chicago Tribune

“[A] broad, generous look at the entire Obama administration and finds many solid arguments that he indeed delivered the 'change' that he promised in 2008." —Kirkus Reviews

“D’Antonio is partisan in that he admires Obama, but as befits a distinguished reporter, his assessments, while not neutral, are certainly balanced.” —Publishers Weekly

“As an answer to critics on both the left and right, journalist D’Antonio … shows that … Barack Obama managed to be the transformative U.S. president that many hoped for when he took office in 2009 … Readers who enjoy learning about government and politics and want to know how Obama and his advisers addressed the challenges they faced will appreciate D’Antonio’s thorough coverage.” —Library Journal

Praise for Michael D’Antonio
“A brisk and entertaining read, drawing on interviews and documents and distilling decades’ worth of news coverage to tell the story of Trump’s childhood, family, business deals, and political forays.” —The Washington Post on The Truth About Trump

“An admirably straight­forward, evenhanded but nonetheless damning account of Trump’s life.” —The New York Times Book Review on The Truth About Trump

“A brisk and entertaining read, drawing on interviews and documents and distilling decades’ worth of news coverage to tell the story of Trump’s childhood, family, business deals and political forays.” —The Washington Post on The Truth About Trump

“A carefully reported and fair-minded account. … [D’Antonio] has pulled together Trump's story, subjected it to some fact-checking and dissected a string of business deals that display his drive to win, his thirst for money, his willingness to push boundaries and his apparently endless quest for publicity.” —USA Today on The Truth About Trump

"Balanced, well-sourced and perfectly timed."—The Financial Times on The Truth About Trump

"D'Antonio has delivered an intriguing portrait of an American individualist and his time." —Los Angeles Times Book Review on Hershey

“Stunning . . . a vivid, careful, and ultimately momentous piece of journalism.” —The Boston Globe on The State Boys Rebellion

“A captivating book.” —The Wall Street Journal on A Full Cup

“This landmark work of recent history remains gripping and affecting to the last word.” —Booklist (starred review) on Mortal Sins

As part of a team of journalists from Newsday, MICHAEL D'ANTONIO won the Pulitzer Prize for his reporting before going on to write many acclaimed books, including Atomic Harvest, The State Boys Rebellion, and The Truth About Trump. He has also written for Esquire, The New York Times Magazine, and Sports Illustrated. He lives in New York.
Loading...
or support indie stores by buying on